Now a judge points finger at Sarkozy in Bettencourt affair

The Bettencourt affair began as a sordid family quarrel about money and abuse of influence over L'Oréal heiress Liliane Bettencourt, and grew into a political scandal involving Europe's richest woman and the funding of President Nicolas Sarkozy's UMP party. Now the judge who was kicked off the legal investigation speaks out in a new book, saying witnesses were too frightened to talk on the record. She also says a witness claimed to have seen Sarkozy take money personally. Bettencourt's former accountant also talks of intimidation and manipulation of her evidence. Mediapart editor François Bonnet reviews this latest explosive development in a scandal that is still rocking the French president.

The Bettencourt affair began as a sordid family quarrel about money and abuse of influence over L'Oréal heiress Liliane Bettencourt, and grew into a political scandal involving Europe's richest woman and the funding of President Nicolas Sarkozy's UMP party. Now the judge who was kicked off the legal investigation speaks out in a new book, saying witnesses were too frightened to talk on the record. She also says a witness claimed to have seen Sarkozy take money personally. Bettencourt's former accountant also talks of intimidation and manipulation of her evidence. Mediapart editor François Bonnet reviews this latest explosive development in a scandal that is still rocking the French presidency.
------------------------- 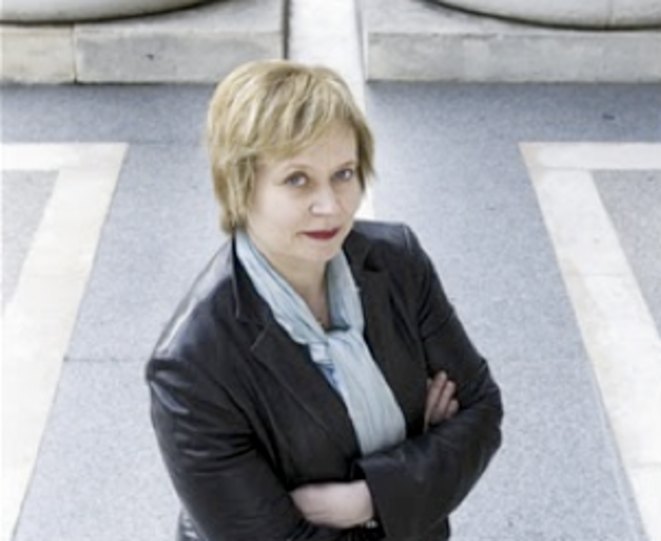 If Nicolas Sarkozy thought he had extinguished the multiple scandals surrounding L'Oréal heiress Liliane Bettencourt, he had better think again. In an unprecedented development, a judge has now accused the French presidency of pressurising witnesses and manipulation as the affair unfolded. This confirms what Mediapart has repeatedly argued, that the Bettencourt scandal is an affair of state that threatens to undermine Sarkozy's presidency.

Since June 2010, when Mediapart revealed the contents of the secret ‘butler tapes' in which Liliane's major-domo recorded conversations between Liliane and her close entourage, what was until then a private judicial battle between the L'Oréal heiress and her daughter, Françoise Bettencourt-Meyers, became a major political scandal. It touches on tax fraud, ministerial conflicts of interest, suggestions of illegal political funding and improper interference by the French president's office in the working of justice.

In a book just published by Fabrice Lhomme, a former Mediapart journalist who moved to Le Monde last May, and his colleague at the newspaper, Gérard Davet, Judge Isabelle Prévost-Desprez, the examining magistrate originally charged with investigating the ramifications of the Bettencourt affair, details how the Sarkozy clan panicked, the pressures it brought to bear and its manoeuvres as the inquiry progressed. 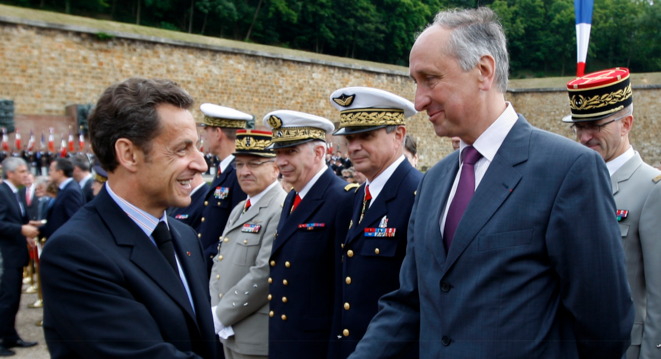 Mediapart has consistently described how Sarkozy's circle has been mobilised to rein in the judicial inquiry and has stressed the key role played by public prosecutor Philippe Courroye, who is an agent of the government (1) and ran his preliminary inquiries in accordance with government wishes. Verdicts in several of his proceedings have since been quashed.

"The threat to established political power is such, with presumptions of illegal financing, influence peddling, taking illegal interests and misappropriation, that exceptional measures are being put in place under our noses," we wrote at the time.

The main magistrates' unions, the USM and SM, together with most magistrates' and lawyers' associations, also made their indignation known. More than 30,000 people signed an appeal for an impartial and independent justice system on our website.

Now it is the turn of the examining magistrate who was directly in charge of the affair to recount manoeuvring in the corridors of power. "This trial represented a major risk for the Elysée [French president's office]," Judge Prévost-Desprez told Lhomme and Davet. "There was a 90% chance of it becoming explosive. It was imperative to relieve me of the case by all possible means. They had to get rid of me."

"What struck me in the supplementary inquiry I ran was the witnesses' fear," she said. "They were frightened by the violent way that Claire Thibout [Liliane Bettencourt's former accountant] was treated and they did not want to experience the same thing."

1. In France's non-adversarial system, cases are investigated by a judge who is an examining magistrate, theoretically independent of the government, under the aegis of the public prosecutor, who is employed by the Justice Ministry.

Witnesses, including ex-accountant, speak of the pressure they came under

One witness Judge Prévost-Desprez cites is Liliane Bettencourt's nurse, "who confided in my clerk after her hearing with me: 'I saw cash being given to Sarkozy but I couldn't say it in my statement'." The nurse has since denied saying this, but did say she received death threats over testifying.

The president's office was quick to jump on an examining magistrate reporting hearsay confidences that are not part of the official statement made at the hearing, particularly as the two journalists did not investigate or check the claim, which should probably be taken as an illustration of the pressures on the main witnesses rather than a new revelation in the case.

What Liliane Bettencourt's ex-accountant Claire Thibout says in the book, however, makes more interesting reading. In July 2010 Mediapart published her account of how 150,000 euros in cash was given to Eric Woerth, former Labour and Budget Minister who was then fund manager for Sarkozy's election campaign, and of "envelopes" being donated for Sarkozy's politics and financing.

Her testimony has been repeated several times to the police and in the courts, and has also been confirmed by several other employees of Liliane Bettencourt, including her chauffeur. It has also been backed by material evidence, such as her own notebooks detailing bank withdrawals and meetings with Eric Woerth, and also notebooks belonging to the photographer François-Marie Banier, who was accused of abuse of confidence by Françoise Bettencourt-Meyers.

In the book Claire Thibout talks about the pressure she underwent as soon as our article was published. "The police wanted me to say that Mediapart was a journal for thugs (...) Since I was feeling uncomfortable, I gave in on one precise point, the possible financing of Edouard Balladur's presidential campaign, and I said that what Mediapart's article had said about this was "fictionalized". This was the expression that would be used later to try and discredit my testimony."

"The police officers were not happy, they wanted me to say that everything was untrue," she added. "They were under incredible pressure themselves. Each time they typed a sheet of paper, one of the four officers faxed it to his superiors and to the public prosecutor at Nanterre, who would call back to get such and such a word changed."

At that time the Elysée took direct charge of the counter-offensive. On July 8, 2010, Le Figaro and Le Monde published truncated extracts of the written account of Claire Thibout's hearing - the leaks were organised by the powers-that-be - in which the word "fictionalized" was given prominence. Claude Guéant, then Nicolas Sarkozy's chief of staff, said that "the truth has been re-established", and the UMP set its hounds on Mediapart. But that only lasted for a few hours.

Espionage directed at a judge as well as journalists

That same evening Mediapart published the written account of Claire Thibout's hearing in full, in which she confirms that envelopes containing cash were given to politicians - which sidelined Guéant's comment. Xavier Bertrand, who was then general secretary of the UMP, accused us of "fascist methods". We lodged a lawsuit for defamation and he was finally arraigned a few weeks ago. 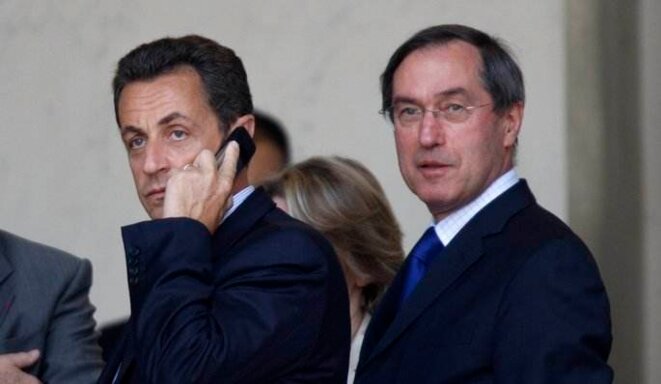 In the book, Judge Prévost-Desprez also speaks of pressure exerted on magistrates and police officers in the affair. "I was under surveillance, that much is obvious, but I don't care, I can accept everything in my life, even if it annoys me that some people use information about my private life to try and undermine me," she says.

"I was convinced I was being tapped. I believe this tapping was illegal. It was always clear to me, I don't even wonder about it any more."

Computers and a copy of a recording by Liliane Bettencourt's major-domo were taken in a burglary at Mediapart. A Le Monde journalist's telephone was tapped to identify one of his sources at the Chancellerie, the administrative hub of the Justice Ministry. The computer of the journalist covering the Bettencourt affair at weekly news magazine Le Point was also taken in a burglary.

Mediapart itself has been under illegal surveillance, founder Edwy Plenel wrote in November 2010. "Fabrice Arfi and Fabrice Lhomme, the two Mediapart journalists specialising in investigating sensitive affairs for the Elysée, notably the Karachi and Bettencourt affairs, are said to have been the object of telephone surveillance since March-April to establish a cartography of their contacts and acquaintances," he wrote.

"Our sources tell us that Fabrice Arfi and Fabrice Lhomme, and even other members of our team, have probably been treated in the same way as their colleague on Le Monde, Gérard Davet, or the Nanterre judge Isabelle Prévost-Desprez, whose detailed mobile phone bills have been explored by the Direction centrale du renseignement intérieur (DCRI) [Central Department of Domestic Information].Especially, we are told that this government inquisition is encouraged and coordinated by the general secretary of the Elysée himself, Claude Guéant [now interior minister]."

Scandals come back to haunt Sarkozy

Guéant took out a lawsuit for defamation against Mediapart after Plenel's article, but he discreetly withdrew it in the spring of this year.

The judge's revelations not only confirm what Mediapart has repeatedly published on the Bettencourt affair, they may also re-activate a case that seemed to be being left to wither away in Bordeaux.

It is hard to imagine now that the Bordeaux magistrates would not want to hear what Liliane Bettencourt's nurse and Judge Prévost-Desprez's clerk have to say about their unrecorded conversations. Similarly, Judge Prévost-Desprez's decision to speak publicly about a case that is still being investigated, one she herself investigated for a time, could lead to a disciplinary procedure against her.

In any event, the Bettencourt affair will undoubtedly continue to threaten the presidency directly. And it is hardly the only scandal it faces. There have been developments in the Karachi affair and there will be further developments in the scandal of Sarkozy's links with arms dealer Takieddine, which Fabrice Arfi and Karl Laske have been exploring for Mediapart for the past two months. 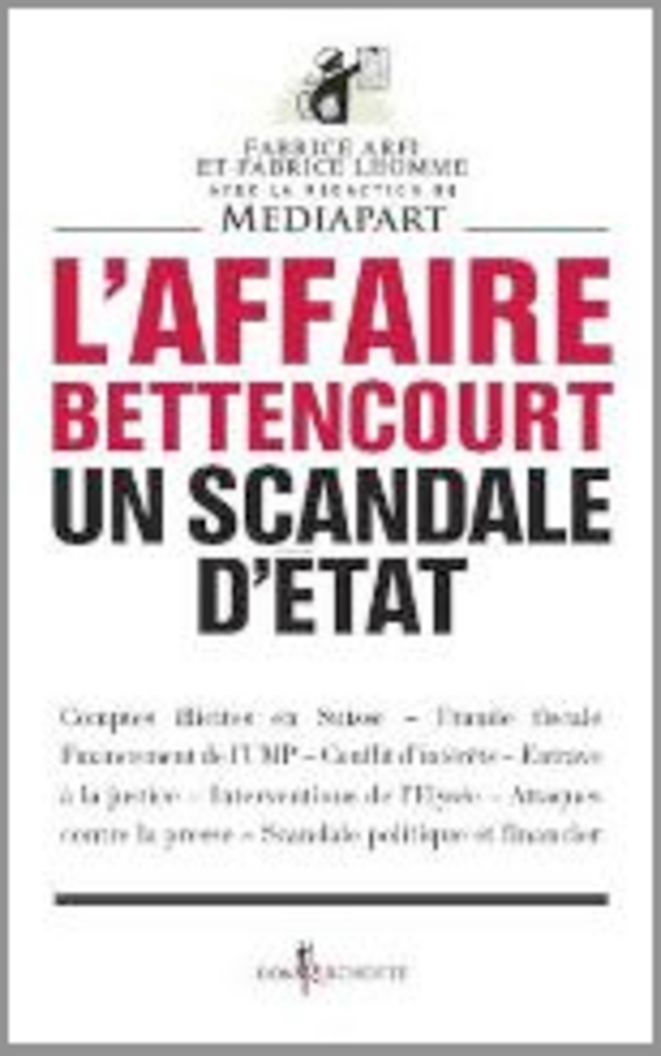 On 7 October 2010,Mediapart published a book (in French) on the affair called L'affaire Bettencourt, un scandale d'Etat, published by Don Quichotte. This is still available in bookstores and can also be bought online, for example here.