'Polls are about popularity, not votes'

But some Socialists already fear a poorly constructed candidacy, one created by the press, fed by opinion polls and bolstered by political commentators. They see a sort of repetition of the run-up to the 2005 referendum on the European Constitutional Treaty when the near-totality of the press and the "experts" called for a "yes" vote but which was soundly rejected by the voters. They also recall the 1995 presidential election which was lost by Edouard Balladur, who campaigned while prime minister against fellow conservative right rival Jacques Chirac, despite a substantial lead in the opinion polls.

The surprise of the 2002 presidential election when the far-right National Front candidate Jean-Marie Le Pen came in second place also comes to mind1 as does the 2007 presidential election in which the popular Socialist candidate Ségolène Royal lost to Nicolas Sarkozy. This fear is expressed by alternative press outlet Fakir, which produced a long article on DSK, and on the blog of anti-capitalist activist Raoul-Marc Jennar. 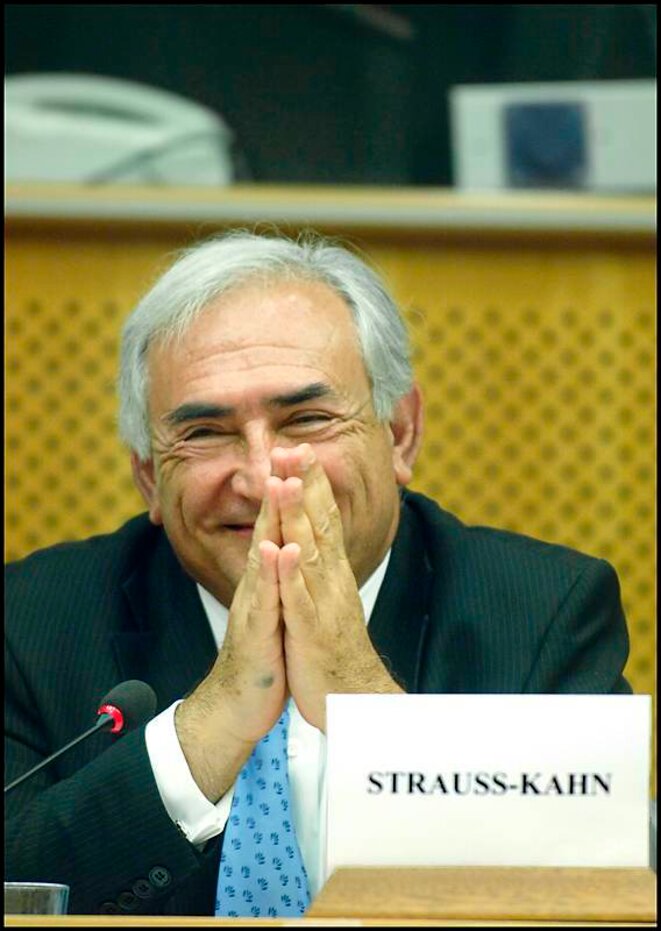 These commentators point out DSK's close relationship with the business world, and with the press. His public relations are handled by members of the Euro RSCG advertising giant. Strauss-Kahn can also count on the support of his former communications advisor, Ramzy Khiroun, now special advisor to French business executive Arnaud Lagardère, head of the Lagardère Group, who's holdings range from the defence and aeronautics industries to media and publishing. Khiroun is spokesman for the Lagardère Group. Its many media outlets include weeklies Paris Match and le Journal du Dimanche, magazine Elle and radio station Europe 1. The group also recently poached journalist Denis Olivennes, who is considered close to DSK, from the left-leaning weekly Le Nouvel Observateur. Questioned by Mediapart about these links, Ramzy Khiroun refused to comment, but denied any conflict of interest. "Friendships are one thing, a career path is another," he said.

"For the past six months, we've been witnessing a repetition of what happened in 2006 when, based on the faith of opinion polls that were fragile but unanimous, predictions claimed that Socialist Party members had massively designated Ségolène Royal as candidate," explained Patrick Lehingue, professor of political science at the University of Picardy (northern France) and the author of Subunda, coups de sonde dans l'océan des sondages, a look into the troubled waters of opinion poll production and interpretation. According to him, "everything is happening as if no lessons were learned from past failures and especially from the fact that the figures given by polling institutes cannot be taken as read. At 500 days before the ballot, we don't even know who the candidate will be, or their ability to mobilise the electorate or their platforms," he added.

For Alain Garrigou, professor of political sciences at the University of Paris at Nanterre and founder of the Observatoire des sondages (Opinion Poll Observatory), DSK is also "inevitably in part a creation of opinion polls because of the median voter theory," according to which, if you question all voters about the PS, the right-wing voters will seek the left-wing candidate whose ideas are the closest to their own. In addition, "the majority of opinion polls are not about voter intent but about popularity ratings which are more favourable to those talked about in the media. It's a circular system," Alain Garrigou noted. Furthermore, the questions asked by the polling institutes "are not posed in real life," he argued.

"Today you and I are the only ones thinking about the presidential election. People who are not directly concerned have other problems," admitted Dominique Reynié, the often-quoted director-general of the Foundation for Political Innovation (which is close to the conservative ruling party, the UMP). "The fact that DSK is reduced to silence in a society in which there is so much talking actually magnifies his aura and causes people to speak in his stead. We are witnessing a very impressive organisation of wishful thinking and a mirror effect in which the commentators find, through him, the stereotype of a respectable person. He's at the head of the class , he's well-educated. DSK offers everything that we [in official circles] have been taught to recognise as a sign of competence," he added.

1: The result of the April 21st, 2002 first round of the presidential race resulted in a second round run-off between conservative right RPR (which became the UMP) leader Jacques Chirac and Jean-Marie Le Pen of the far-right National Front. The then-prime minister and Socialist Party candidate, Lionel Jospin narrowly lost, contrary to opinion poll-based expectations.