The farce of Sarkozy's reshuffle and the crisis it cannot hide

French President Nicolas Sarkozy has re-appointed François Fillon as prime minister, and the long-awaited ministerial reshuffle has happened. The president hopes it will turn a political page on a volatile social crisis and the scandals rocking his presidency. But, argues Mediapart's Laurent Mauduit, the stage-managed media rumours surrounding the future government and an abscence of political debate before its composition speak volumes about the president's attachment to democracy as well as the extent of a crisis within his own political camp.

UPDATE November 14th: French President Nicolas Sarkozy has re-appointed François Fillon as prime minister, and the long-awaited ministerial reshuffle has been announced. The president hopes it will turn a political page on a volatile social crisis and the scandals that are rocking his presidency.

In this article originally published in the run-up to the announcement, Mediapart's Laurent Mauduit argues that the stage-managed media rumours about the composition of the new government and an abscence of political debate speak volumes about the president's attachment to democracy as well as the extent of a crisis within his own political camp.

Given the minor role that has become that of the prime minister and the government, a ministerial reshuffle in France is never of any great importance. For any French president, the operation is most often the opportunity for a little policy re-orientation, usually in economic or social areas, or the pretext for a few human adjustments. It is as if it were a part of the genes of the Fifth Republic.

But it would be a mistake not to take a closer look at Nicolas Sarkozy's stage managing of his upcoming reshuffle. The president so uses and abuses the exorbitant powers given to him by the Fifth Republic's neo-Bonapartist institutions that the approaching manoeuvre is a parody, a mediocre communications operation caried out with the - vain - hope that it will turn the page on a social crisis (that created by the pension reforms) and scandals of state (the Karachi and Bettencourt affairs). A farce then, which will allow him to occupy the news agenda and give the impression that he has things under control.

This forthcoming reshuffle says a lot about 'Sarkozy-ism', the troubling elements driving it, and the liberty it takes with our democratic institutions. But it also reveals the ever-deepening crisis that is developing within the French conservative Right. 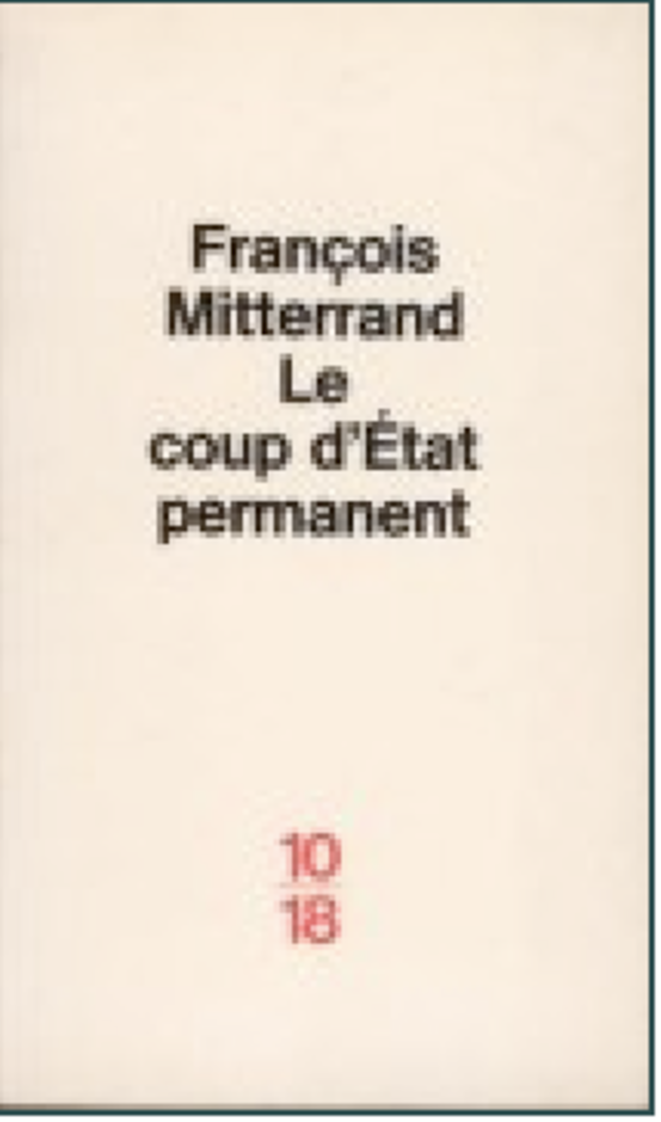 The secondary role played by the office of prime minister since 1958 was best described by François Mitterrand, well before he became president. In his book 'Le Coup d'Etat permanent' (The permanent coup d'état), written in 1964, he protested at the vast powers enjoyed by the French president. "The prime minister is his aide-de-camp, the others his orderlies. None of which prevents him from watching closely over his little world and to keep a squad of dark and diligent attachés who orientate and control ministerial actions from within the Elysée Palace. Members of government know that their fate depends upon a whim, and to adapt to this they allow themselves to be tamed in a manner that bends backbones. Most of them succeed without changing character. Others suffer, but claim extra merit in meeting the difficulty they have to show their servility."

These words written 46 years ago could have been describing the 'Sarkozy-ist' use of institutions. "There are ministers in France," Mitterrand sarcastically observed. "It is whispered that there is even a prime minister. Only the president of the republic orders and decides. Ministers are, of course, ritually called upon to give him help and advice. But, like the cherubims of the Old Testament, they hold only a modest seat in the hierarchy of elected servants, and only occupy their grand office after waiting for the call."

What Mitterrand describes as a "permanent coup d'état" and the ministerial taming that "bends backbones" has been taken to its highest level, caricatured even, by Nicoles Sarkozy. Previously, amid successive governments led by the Left or the Right, ministers with strong personalities have made their disagreements known. But not since Nicolas Sarkozy became president. Petty officiousness has been elevated into a political principal. Only one real man in front, all the others behind. There is no true government left standing, transformed into an assembly of courtesans.

No mobilization without confidence No trust without truth
Support us
This article, originally published November 10th, was updated on November 14th following the announcement of the formation of a new French government under Prime Minister François Fillon.