Two entrepreneurs who run a business supplying musical instruments have been taken to court by their creditors. The businessmen, however, say their financial woes are due entirely to France's ministry of defence which has not paid them for many of the clarinets, trumpets, violins and other instruments they have supplied to military bands over the last four years. In total the company says the armed forces still owe them a staggering 370,000 euros. As Thomas Saint-Cricq reports, other small businesses also complain that the ministry is very slow to pay its bills.

One morning back in July 2012 Pierre Vicogne carefully slid three trumpets each worth 2,500 euros into their protective cases. Vicogne, who runs musical instrument suppliers 'Cuivres et Bois' ('Brass and Wood') in Lille in northern France, then packaged and sent the trumpets off to their final destination; the French air force band based at Bordeaux in the south-west of the country.

However, a full month later, in August 2012, Vicogne, who runs the company with business partner Frédéric Langlet, received a phone call from the man in charge of stock control at the Bordeaux-Mérignac air force base. He was not happy. There were only two trumpets in the three instrument cases that had been sent, said the stock controller. As a result the military would not be paying for the entire delivery. 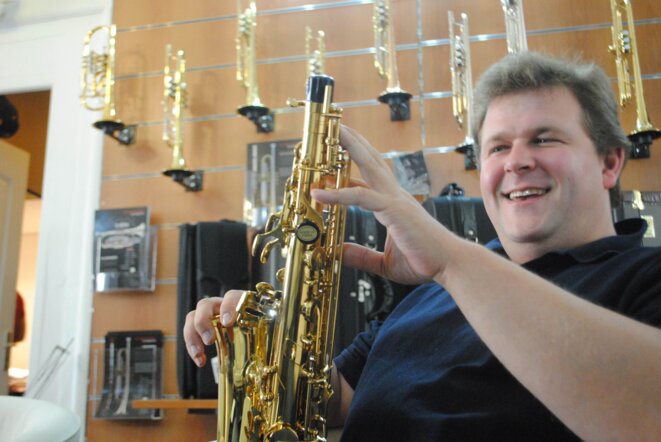 Vicogne was and remains baffled by the story of the missing trumpet. Brandishing his contract with the military, he points out it is down to the customer to check the quantity of the goods on the day of arrival, who then has a further seven days to highlight any potential quality defect. “As regards this trumpet, the weight of the parcel was the same when it was sent as when it was received,” says Vicogne. “Two years on, I'm still waiting for them to send back the case which was said to be empty. I think the trumpet was stolen in situ, on the air force base.”

Unfortunately for Vicogne and his business partner Frédéric Langlet, the problem with the Bordeaux trumpet is just the tip of the iceberg. They have been supplying musical instruments to the armed forces' bands for the last four years, and they and their banks estimate that a total of 50,000 euros worth of instruments have been the subject of similar legal disputes with the military; in other words, 50,000 euros of blocked orders.

But the company's woes with their major customer do not stop there. When a military orchestra queries the quality of an instrument or claims an item is missing, the ministry of defence refuses to pay a centime of the entire bill, and instead asks for a new bill to be issued, with all the resulting administrative delays. As a result, say the owners, the military still owe Cuivres et Bois a total of 370,000 euros.

Inevitably this has caused crippling cash flow problems for the small business. On Tuesday August 5th the firm's creditors, BNP Paribas bank, demanded payment of 199,000 euros within a week – the sum represents the total value of deliveries made so far in 2014. Three weeks earlier financial institution Natixis Factor – the firm's creditor for 2013 – took the musical instrument company to court in Lille and blocked its bank accounts – this over 91,000 euros worth of bills that have still not been settled by the military. On top of that Cuivres et Bois now faces a value-added tax investigation for 2011 and 2012, based on the military orders the company received in those years, even though they have not received payment for them. As far as the musical instrument firm's owners are concerned, only one organisation is responsible for their plight – and that is the ministry of defence. 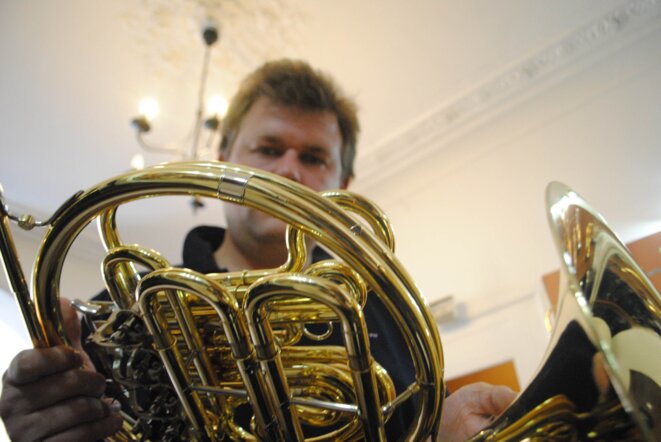 Yet it had all started so promisingly. In December 2010 Cuivres et Bois had just celebrated its fourth year in business and thanks to the growth in online sales to individuals it had got over a difficult start and achieved an annual turnover of 150,000 euros. Even better, in the same month the ministry of defence had awarded the firm a 70,000-euro contract to supply trombones, trumpets and clarinets to the prestigious air force band la Musique de l'Air, based at Villacoublay, just south-west of Paris. “They're the crème de la crème of military orchestras,” says Pierre Vicogne. “The musicians are very demanding. Until this year a military musician could change their instrument every ten years. From now on the policy of the armed forces is one instrument per career.”

The first snag came when payment for the instruments delivered between March and August 2011 did not arrive until July 2012. This was despite the fact that under an official decree of April 28th, 2008, the state has made a commitment to reduce payment periods to 30 days. At the time the body charged with resolving defence payment issues – the Plateforme Achats Finances du Ministère (PFAF) – blamed the late payments on computer issues. The Chorus software, used by state bodies to administer the payment of suppliers and service providers, hads certainly had many problems.

So it was only after some hesitation that Pierre Vicogne and Frédéric Langlet tendered for a new contract in December 2011. This time it felt as if they had hit the jackpot: the ministry of defence agreed to pay 265,000 euros for instruments for 15 air force and army bands. With this deal the firm hoped to triple its turnover. There was one problem, however; their bank at the time, Crédit agricole, having had a bad experience with the late payments, blocked their company account from January 2012 until July 2012, when the army payment for the previous contract finally arrived. That meant the company's business could not properly resume until the summer.

“It was a rush to deliver everything in the autumn [2012]. By the end of November or the start of December, the [defence] ministry's coffers have run out,” says Vicogne. “By the time the budget is voted by the [National] Assembly, you can have waited until March to get paid. We knew it was going to be tough.” And it was. For the instruments that were delivered at the end of 2012, the ministry of defence only paid up – and then just for part of the contract – a year later in December 2013. However, during that period the bosses of Cuivres et Bois had managed to pick up a public contract with the military for three consecutive years. “It was a perfect way to recoup your losses,” says Pierre Vicogne. “You go to a bank with a business plan with a guaranteed three-year contract with a ministry: happy days.”