Plan for divorce without a judge sows discord in France

The French National Assembly has approved a last-minute government amendment to legal reforms which would mean couples divorcing by mutual consent would not need to get the approval of a judge. The aim is to reduce the large backlog of cases in France's family court system. But as Michaël Hajdenberg reports, the plan has met with opposition from groups who fear it will harm the interests of children and victims of domestic abuse.

The French government has put forward plans to change the way that couples can get divorced. Last Thursday, May 19th, Members of Parliament in the National Assembly backed an amendment to allow couples splitting through mutual consent to avoid having to appear before a judge to sanction it. Instead the couple would each hire a lawyer to negotiate the divorce settlement which would then be registered with a notary or notaire at a cost of 50 euros.

The major reform, contained in a last-minute amendment from the government to its own justice system reform bill, has been under discussion for the last twenty years by both the Left and Right but never implemented up to now. The aim is to reduce the backlog of cases going through France's family law courts. Each year the courts handle around 70,000 cases of separation by mutual consent of this type, accounting for roughly one in two divorces. The court service and judges are swamped by the workload even though in 99% of cases the judges simply validate the agreements drawn up by the two parties, which means that the average length of hearings is just eight minutes. 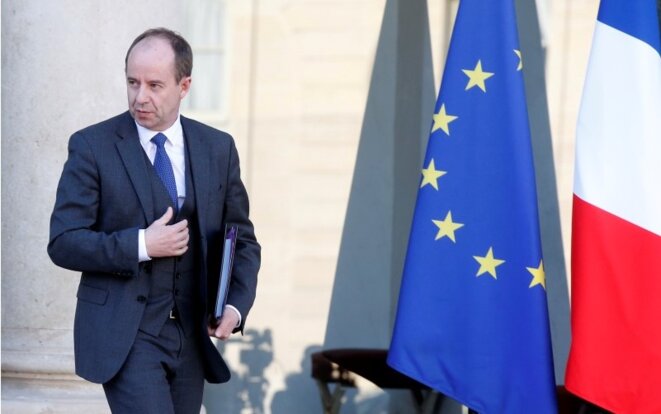 Divorce reformer: justice minister Jean-Jacques Urvoas. © Reuters
The person behind the reform, the new justice minister Jean-Jacques Urvoas, emphasises what he sees as the “simplification” the changes would bring about as well as the “calming of relations between spouses”. He also says that couples would save time, with waits that can currently be as long as three to seven months being cut to just 15 days, the time allotted for a cooling off period before any divorce is finalised.

The ministry of justice says the new system would avoid conflict as the presence of lawyers would provide a “guarantee that a potentially weak party would be well represented”. Moreover, say officials, the new procedure would not apply in cases where a child of the couple who is under 18 asked to be heard by the judge.

It appears the government has gone to some lengths to prevent opposition to this potentially controversial measure from gathering momentum. As Le Monde newspaper noted: “Jean-Jacques Urvoas used the weapon of surprise. By laying down an amendment to a text that had already been voted on by the Senate, and on which there would be no second reading (as the accelerated [Parliamentary] procedures have already been declared), it reduces the space for opponents.”

The amendment has in fact been fairly well received by judges themselves, at least for cases where the couple do not have children who are minors. The judges' association the Union Syndicale des Magistrats said that, as long as the agreement has been “verified” by a lawyer for each party, then “it poses no difficulty for us”. Even if, as a spokesman said on France Inter radio, some members consider that the involvement of a judge still provides “fundamental security” for the parties.

The left-leaning judges' association the Syndicat de la Magistrature is not, as it told Le Télégramme newspaper, “against the principle of removing the judicial process for couples without children, but is against any privatisation. A registrar, for example, could ensure that the criteria for mutual consent have really been met,” it declared.

Retired judge Jean-Pierre Rosenczveig, writing on his blog, has also given overall backing for the idea. “In too many courts the divorce proceedings are interminable, costly and above all traumatic. Thus at Bobigny [north-east-Paris] it currently takes at least 12 months to get a first hearing,” he wrote.

Meanwhile the bar association the Conseil National des Barreaux (CNB), which represents lawyers across France, has proposed a slightly different approach, under which an agreement drawn up by lawyers would be approved by a judge, but without the need for the couple to appear in person. They are broadly behind the government amendment but want to see the agreement registered with a court clerk rather than a notaire.