A senior Päris public prosecutor has found evidence suggesting French finance minister Christine Lagarde (photo), candidate to replace Dominique Strauss-Kahn as head of the International Monetary Fund, acted in a manner of "obstructing the law" in the controversial arbitration procedure that awarded French tycoon Bernard Tapie 403 million euros of public funds in 2008. Mediapart has obtained exclusive access to a report prepared by prosecutor Jean-Louis Nadal, revealed here in full, in which he says Lagarde "constantly exercised her ministerial powers to reach the solution that favoured Bernard Tapie". Michel Deléan reports.

A senior Paris public prosecutor has found evidence suggesting French finance minister Christine Lagarde, candidate to replace Dominique Strauss-Kahn as head of the International Monetary Fund, acted in a manner of "obstructing the law" in the controversial arbitration procedure that awarded French tycoon Bernard Tapie 403 million euros of public funds in 2008. Mediapart has obtained exclusive access to a report sent by the prosecutor, Jean-Louis Nadal, to the Court of Justice, which investigates cases of suspected misdeeds by serving ministers, in which he says Lagarde "constantly" usedher ministerial position to reach a "favourable" outcome for Tapie. Michel Deléan reports.

It was in April that Jean-Louis Nadal, public prosecutor with the Cour de cassation, France's highest court of appeal, was petitioned by a group of Socialist Party Members of Parliament to investigate evidence of suspected grave ministerial misconduct surrounding an arbitration procedure that awarded French businessman and one-time maverick politician Bernard Tapie with 403 million euros in July 2008. 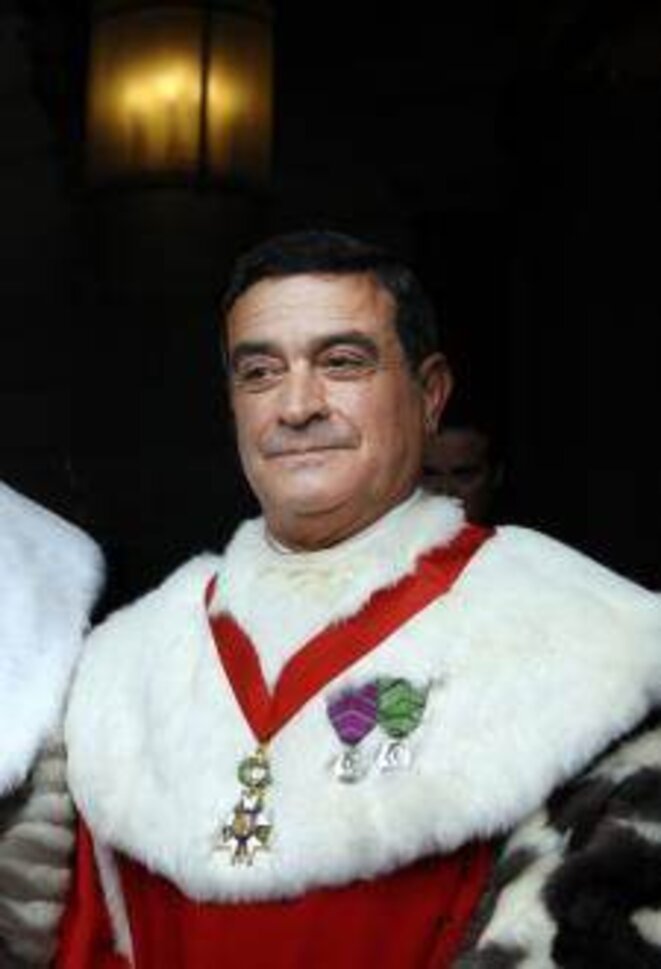 © Reuters
That award, paid by the public purse, ended alongstanding dispute, until then played out in courts of law, centred on Tapie's alleged spoliation by the former state-owned bank Crédit Lyonnais during its mandated sell-off of Tapie's business interests, notably his controlling share of the Adidas sportswear and accessory company, in the early1990s.

Tapie was involved in a lengthy legal fight for damages which he brought against the Consortium de Réalisation (CDR), the French government entity responsible for the liabilities of the defunct bank, which collapsed following a high-risk lending scandal in 1993.

The Socialist MPs were concerned by the motives for the decision by French finance minister Christine Lagarde, 55, and her predecessor, Jean-Louis Borloo, a close friend of Tapie for whom he once served as a lawyer, to remove the case from the justice courts and opt for a private arbitration procedure that was highly favourable for Tapie. The decision to drop the legal fight and enter into arbitration was taken despite an October 9th 2006 plenary meeting of magistrates at the Cour de cassation (highest appeal court) had reached a judgment in the case that was considered to be favourable to the interests of the CDR and, by consequence, the state. 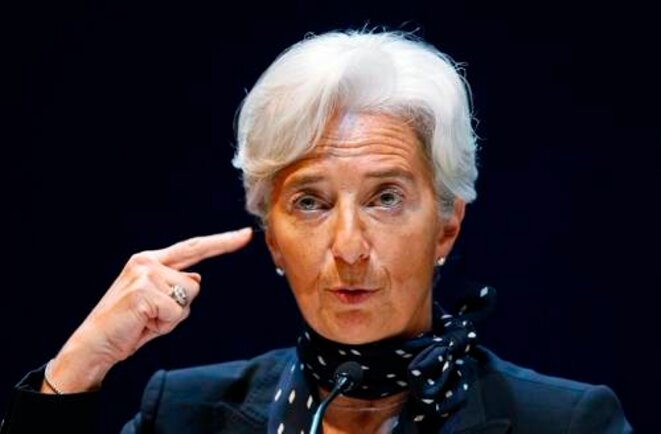 Lagarde, who became finance minister in June 2007 and who on Wednesday announced her candidature to become IMF Managing Director, has repeatedly denied any wrong doing and insisted that the reason to opt for arbitration was to save the state further legal fees as the dispute dragged on through the courts.

But an investigation by French parliament's Finance Commission, and a detailed report on the matter by the France's national audit office, the Court of Accounts, both found evidence that raised doubts over the conduct of Lagarde andother senior officials concerned by the case.

On May 10th, Prosecutor Nadal , after a preliminary enquiry into the MPs' petition, requested the Court of Justice of the French Republic, the CJR (which investigates cases of suspected misdeeds by serving ministers), to investigate a possible "abuse of authority" by Lagarde in her role for the settlement between the CDR and Tapie. The CJR's commission des requêtes, a ‘Petitions Commission' made up of a panel of judges which considers the validity of cases sent for the attention of the court, is expected to reacha decision in June.

Mediapart has gained exclusive access to the text of the report Nadal sent to the CJR, which we cite over the following pages (reproduced in full on page 3), in which the prosecutor described Lagarde's behaviour as "aimed at obstructing the law". The tone of the document, officially termed ‘Arequest for advice' and sent to Gérard Palisse, president of the commission des requêtes, is scathing.

Evidence of abuse of authority

Prosecutor Nadal's 18-page report to the Court of Justice begins with a summary of the complaints made by the nine Socialist MPs who first petitioned him on April 1st. It cites reports by French parliament's Finance Commission, and another by the Court of Accounts, both of which highlighted possible misconduct in the massive payout to Tapie.

The report also includes a summary of arguments given by Lagarde's lawyer, Yves Repiquet, in which he and the minister insist that the arbitration procedure was perfectly legitimate and that no criminal act was committed.

Nadal sets out a list of 11 points, set out in highly technical legal language, that constitute a blow-by-blow attack on the arguments presented by Lagarde and her lawyer. His report ends with this damning conclusion:

"All of these elements, attested in the documents contained in the annex, can be regarded as evidence that Madame, the Minister of the Economy, Finance and Industry, a person invested with public authority, did, in the exercising of her duties, take measures aimed at obstructing the law, in the case in point, providing for the defeasance structure with which to wrap up the Tapie/Adidas litigation." 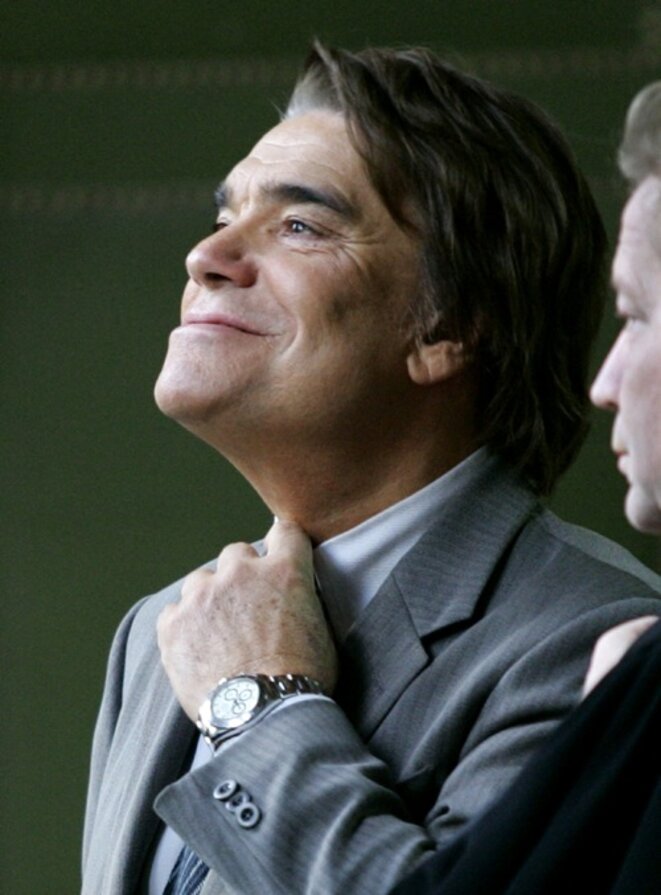 "It seems, as the number and the tone of repeated memos to her indicate, that when decisions were made to resort to an arbitration tribunal, or to exclude the Crédit Lyonnais from the debate about the arbitration process, or to envisage a challenge to the proposed arbitrators, or when the CDR was formally notified of the arbitration judgment, and finally when an appeal to have the judgment annulled was considered, that Madame, the Minister of the Economy, Finance and Industry, constantly exercised her ministerial powers to reach the solution that favoured Bernard Tapie, which the plenary session of the Cour de Cassation had appeared however to have compromised."

Nadal's report highlights the questionable conditions in which a record compensation sum of almost 50 million euros was paid to Tapie by the CDR, the French public entity responsible for the liabilities of the Crédit Lyonnais for moral damages, and which caused outrage among a number of MPs. "The conditions under which approval was sought and obtained from the CDR board can be regarded as further evidence that measures existed to favour by-passing the use of law and common law legal jurisdictions, reinforcing evidence that a misdemeanour involving abuse of authority could have been committed," the prosecutor noted.

In the report, Nadal said it was questionable whether the CDR was legally empowered to enter into an arbitration process. He said that "despite the existence of opposing views, like that from the Agence des Participations de l'Etat1 dated August 1st 2007, the minister explicitly instructed the chairman of the CDR to begin the arbitration procedure, even while it refused to allow him to draw all the conclusions from the preceding legal decision that was favourable to the state's interests."

"The minister explicitly gave instructions to include damages for moral prejudice in the scope of the arbitration judgment, even though this is excluded under the law by virtue of it being an incalculable debt that was not included in the list of matters on which there could be a compromise," Nadal said.

Jean-Louis Nadal also noted that Lagarde "explicitly authorised the CDR and the EFPR to exclude the Crédit Lyonnais from the debate on whether the arbitration was soundly based, the bank having stated its opposition to the very principle of arbitration." He said that she had "explicitly refused to consider an appeal against an arbitration judgment that was however very unfavourable for public finances," and that she "chose not to seek an opinion from the Conseil d'Etat1" on the arbitration procedure, even though there were "major questions and uncertainties over the principle of arbitration itself and its consequences for the state."

Nadal judged that a charge of "abuse of authority" could be envisaged. Such a charge implies, regarding someone invested with public authority, that they carried out action that was aimed at obstructing the law.

"In this case there is plenty of evidence showing that undertaking an arbitration procedure, and the material submitted to it (notably damages for considerable sums for a moral prejudice that had nothing to do with the CDR, abandoning any appeal against an unfavourable arbitration judgment) and the consequences that resulted from this, notably for the state, went against general principles of French public law and the legal arrangements currently in force," he wrote, adding. "The arbitration judgment had the effect, under these conditions that were irregular and illegal, of wrongly extending the CDR's guarantee to areas which should not have concerned it because of its legal status."

He concludes: "Given the gravity and significance of the facts under consideration which can be attributed to the Minister for the Economy, Finance and Industry, the matter should be referred to the Petitions Commission of the Court of Justice of the French Republic which has the jurisdiction to decide on what the next steps should be in the attached complaint."

Below is a transcription of the report sent by Jean-Louis Nadal to the Court of Justice of the French Republic (available in French only):

1: The Conseil d'Etat, or Council of State, is the highest jurisdiction in France and is the final arbiter of cases relating to executive power, local authorities, independent public authorities, public administration agencies or any other agency invested with public authority.

If the CJR's Petitions Commission follows Nadal's advice, the case will be sent to the court's investigative commission. This can decide that there is no case to answer, or inversely decide to send Lagarde for trial before a panel of judges - a process that is normally a lengthy one. 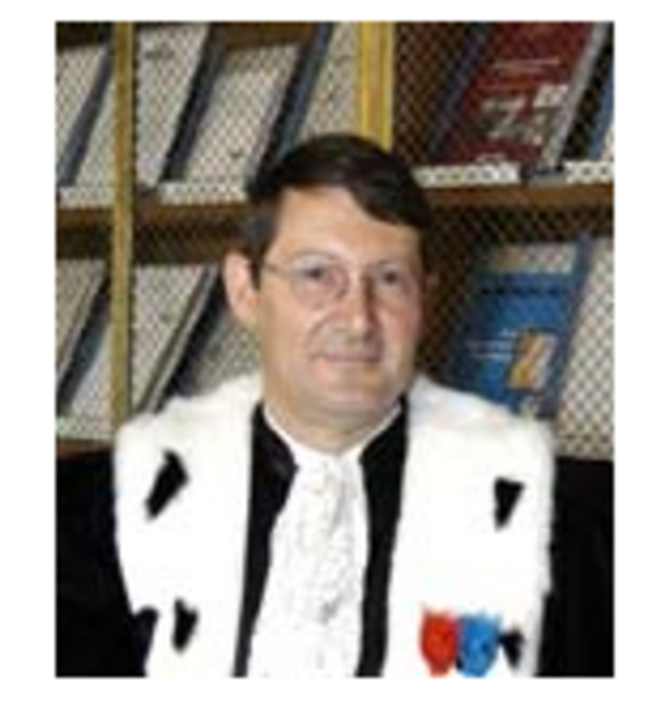 © dr
Mediapart has also learnt that Jean-François Bénard, the public prosecutor for the Court of Accounts, the national audit office, officially notified the Budget and Finance Disciplinary Court, the CDBF, on May 25th of suspected malpractice in the Tapie case concerning two senior civil servants. These are Jean-François Rocchi, the former chairman of the CDR, and Bernard Scemama the former head of the Public Establishment for Financing and Restructuring, the EPFR, an establishment whose role is to supervise the CDR.

Bénard notified the CDBF of suspected illegal acts and irregularities committed by the Rocchi and Scemama in the Tapie arbitration procedure, and the cases were immediately transferred to Gérard Palisse, president of the CJR Petitions Commission.

The CDBF is, by its own official description, "a specialised administrative jurisdiction charged with sanctioning violations related to public finance" created in 1948 "for the purpose of sanctioning management misconduct committed against the central government and various bodies and creating a budget disciplinary court." It has the power to fine the senior civil servants it may find guilty of offences, when they can be held financially to account for the losses they are judged to have caused the state.