First there was the scandal of French foreign minister Michèle Alliot-Marie's holidays in strife-torn Tunisia, now comes that of Prime Minister François Fillon's sojourn in Egypt courtesy of President Hosni Mubarak. The revelations have stunned opinion in France and made headlines around the world, prompting President Nicolas Sarkozy to tell ministers they must holiday in France from now on. Marine Turchi reports on the parliamentary turbulence caused by the latest jet-set holiday disclosures.

First there was the scandal of French foreign minister Michèle Alliot-Marie's holidays in strife-torn Tunisia, now comes that of Prime Minister François Fillon's sojourn in Egypt courtesy of President Hosni Mubarak. The revelations have stunned opinion in France and made headlines around the world, prompting President Nicolas Sarkozy to tell ministers they must holiday in France from now on. Marine Turchi reports on the parliamentary turbulence caused by the latest jet set holiday disclosures.

During question time at the French National Assembly on Tuesday, when Members of Parliament can call to account government ministers on current affairs, all eyes were on French foreign minister Michèle Alliot-Marie. The scandal and continuing revelations surrounding her post-Christmas holidays in strife-torn Tunisia, and the use of a jet owned by businessmen close to the deposed Ben Ali regime, had reached such a fever pitch that, coupled with her inept public statements on the issue - it was difficult to imagine how she might survive.

But the surprise - and second scandal - came from the office of prime minister François Fillon, who had just left the floor of parliament to head for Annecy, where he was due to put in an appearance in support of the Alpine town's bid for the 2018 winter Olympics. It was 3.45 p.m. when Fillon's press office released a communiqué which announced that, during a private holiday in Egypt with his family between December 26th and January 2nd, the French prime minister had used an official plane lent to him by President Hosni Mubarak. The revelation brought an explanation of Fillon's unconditional support for Alliot-Marie over the turbulent last few days. 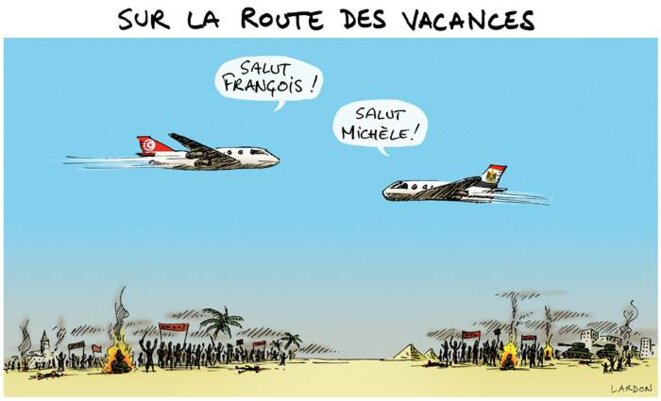 While Fillon's office explained the communiqué was released for reasons of "concern for transparency", it served to defuse the impending scandal of a scoop report, to be published Wednesday February 9th in the French weekly investigative and satirical magazine Le Canard Enchaîné, revealing the prime minister's Egyptian sojourn. The communiqué offered details of the trip: "Invited by the Egyptian authorities" Fillon travelled to Egypt "aboard a Falcon 7X" belonging to the French government aircraft fleet, "a "accompanied by his wife and his children". 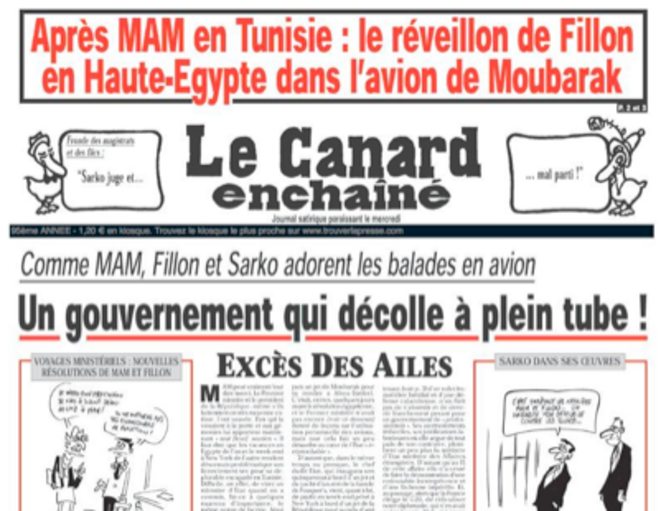 The communiqué also revealed that Fillon met with Mubarak at Aswan on December 30th, a meeting which had never before been mentioned by his office. That was in contrast to talks held between the two men one year earlier, on December 14th 2009, in Paris. "The conversation allowed making clear the excellent bilateral relations between Egypt and France, in every domain," read a communiqué by his office at the time. Fillon had previously chosen to spend his 2008 end-of-year holidays in Egypt, where his family joined him after an official two-day visit to Cairo just before Christmas. 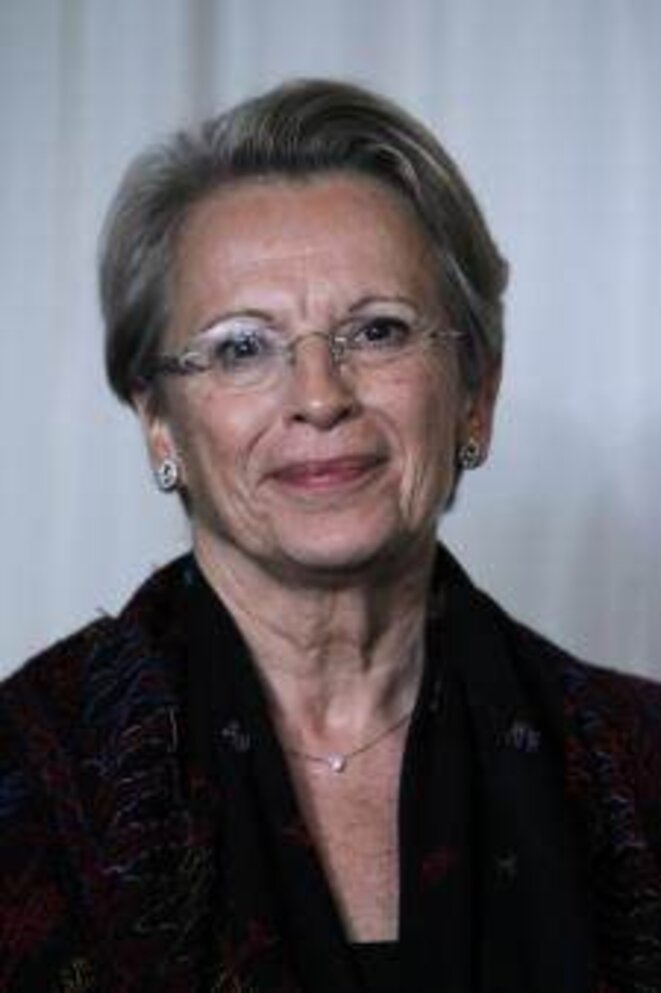 MAM © Reuters
While Alliot-Marie, on her return from her seaside holiday in Tunisa, offered the "know-how recognized across the world" of French security forces to help quell the uprisings in the country, Fillon was to make no such offer to the Egyptians, and for good reason. For between last October 10th-16th, French police officers were in Egypt training Egyptian security services in crowd control. "Egypt has asked France to lend provide it with its experience concerning the management of crowds and large events," reads an announcement posted on the website of the French embassy in Cairo. The training, it says, was based around "rules of deontology, rules of employment, the study of these practices, the organization of order services and the re-establishment of order, equipment."

The communiqué released by the prime minister's office this week made clear that Fillon's holiday in December 2010 was a private one. It said that as a result, concerning his use of a French government aircraft to travel from France to Egypt and back, "the fare of François Fillon and that of his members of family are billed to him, to his personal funds, at the rate established by the [French] air force, according to the rule that he himself fixed and which applies to each private trip." There was no mention of whether he had paid or contributed for his use of an Egyptian official aircraft.

The rule was not "fixed" only by Fillon. Last early summer, during an avalanche of revelations over ministerial excesses, including the use of jets and cigars paid by the public purse, and the conflicts of interest revealed by Mediapart in the Oréal-Bettencourt scandal, President Nicolas Sarkozy announced that ministers would pay their private expenses from their own pocket. He said "sanctions" would be applied to those who crossed the line.

Fillon appears to have forgotten the president's recommendations made last summer to his government about their holidays. While the Bettencourt scandal illustrated the privileges and abuses of the rarefied world of high society and politics, and while the pension reforms bill calling on the French to work longer was about to pass before parliament, he called on ministers to show restraint in their personal leisure destinations. Shortly before Christmas he told government members not to travel too far, and to be ready to return immediately: "It must be possible to return fast in case of problem," he said, "afterwards, it's too late."