They were once proud industrial towns in the centre of France with thriving populations of 10,000 or more. But now areas such as Saint-Florentin, Tonnerre, Flogny-la-Chapelle in north Burgundy have seen their factories close and the number of inhabitants plummet. Instead of secure factory employment, the remaining workers in such towns now face moving from temporary job to temporary job or retraining for low-paid positions in the booming service sector looking after the elderly. Thomas Saint-Cricq reports from Saint-Florentin on the mood of a town that once was so short of industrial workers it had to scour the Mediterranean countries to find them.

Its last remaining inhabitants are swallows. Next spring the block of council flats that stands on avenue de l'Europe at Saint-Florentin in central-east France will be demolished, like many others before it. Apart from protected migratory birds, the building has been uninhabited for years and has stood as a grim symbol of an era that has all but vanished; the days when Saint-Florentin was a working town and proud of it.

That was the time, too, when the local industries, mostly based around metallurgy, were so short of staff that they went in search of workers on both sides of the Mediterranean. Some Spaniards came, and Portuguese, too, but above all Moroccans. “On the regional news they used to say: 'Saint-Florentin, the second most cosmopolitan town in France after Marseille',” recalls Éric (not his real name), who at 52 has spent half of his working life in a plant nursery, the other half in a factory making fire extinguishers. 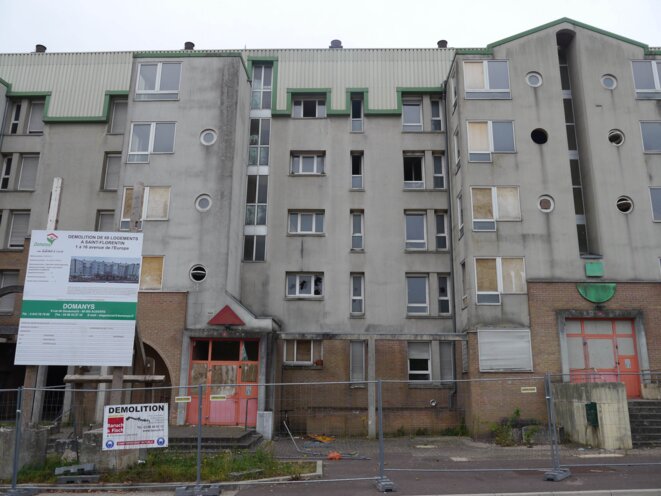 Saint-Florentin, often known as 'Saint-Flo' for short, is in the Yonne département – roughly akin to a county - in the Burgundy region in eastern France and lies 30 kilometres north of the major town of Auxerre. The only access is by local departmental roads or via the TER regional train station which is 1 hour 45 minutes from Paris. The town itself is undergoing something of a transformation. In the centre they are cleaning the façades of the half-timbered buildings and renovating the charming medieval streets while below, on the banks of the Burgundy Canal, the remaining high-rise blocks of council flats that are still occupied are on the point of being destroyed or being put to new uses. There is logic to this: in thirty years the town has lost a half of its inhabitants – the last census put the population at just 4,693.

In the 1990s several factories closed down and in the early 2000s the big players in the metallurgy industry underwent a restructuring, shedding several hundred employees in the process. In a département which is no better or worse off overall than the rest of France economically, with an unemployment rate of 9.5% and a population growing by 0.3% a year, Saint-Florentin itself has seen the percentage of people without work soar to 20%.

“The Saint-Florentin area was once a burning crucible, now it's a pile of ashes with a few scattered embers,” says José Carlos Folgado, shop-floor representative of the CGT trade union at fire extinguisher makers Sicli. Indeed, now it's the turn of José Carlos's own factory to be under threat. In January 2015 the Sicli site, which dates back to 1967, is set to close its gates forever. “An immense waste,” for the union representative, who describes himself as a “child of relocation”. His parents were already working for Sicli at Saint-Ouen just north of Paris before the business moved to the Yonne forty years ago. 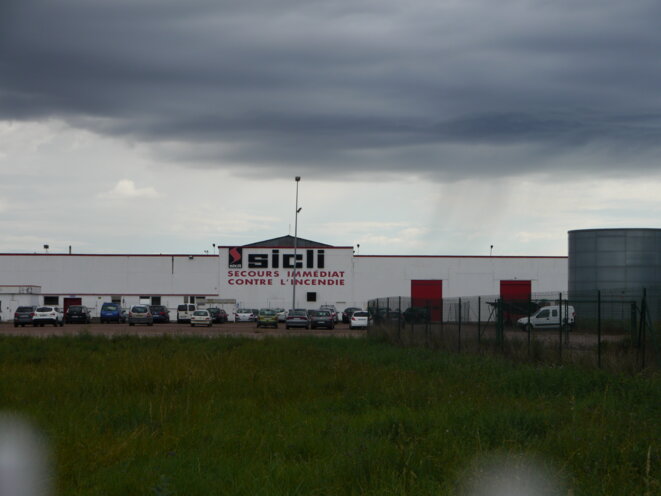 The Sicli factory in Saint-Florentin was in profit from 1967 to 2012. But after losses of 600,000 euros last year, the American holding company UTC, which has owned the site and the Sicli brand since 2005, began looking for a buyer for the factory. If they are not successful it will disappear. The CGT thinks that part of its current work will be shipped off to Poland, six years after a partial relocation to China.

José Carlos Folgado accuses UTC of deliberately scuppering the factory. “They take the smallest possible margin, it's sickening,” he says. “We're in a security sector where there's a guaranteed market. The law forces customers to get equipped. And with our know-how, we make the best extinguishers in the world. A Sicli product is faultless when it leaves us and the brand has a 27% market share. In that context we told ourselves it will always survive. But the greater the certainty, the greater the disillusionment...”

In all, 81 jobs are today at risk, with management offering to transfer 27 of them to another factory in the Loiret département, two-and-a-half hours to the west. Even the most combative feel discouraged. “At the age of 52 I'm not going to find a new niche for myself in a factory. It's impossible to find a job at my age,” says Éric, who has worked at the firm for 14 years, lifting seven tonnes of used extinguishers a day to repair them, the “most profitable” business at the factory. “Retraining is for those who still have the energy and who will do temporary jobs,” he adds.