Jacques Repussard, director-general of France's Institute for Radioprotection and Nuclear Safety, recently travelled to Japan to study the situation at the quake- and tsunami-hit Fukushima nuclear plant (photo), where the battle continues to bring the overheating reactors under control and to stem radioactive pollution seeping from the site. In a revealing interview with Mediapart's Sophie Dufau and Michel de Pracontal, he details what he learnt from his trip and what lessons the Fukushima disaster offers for nuclear safety standards in France. 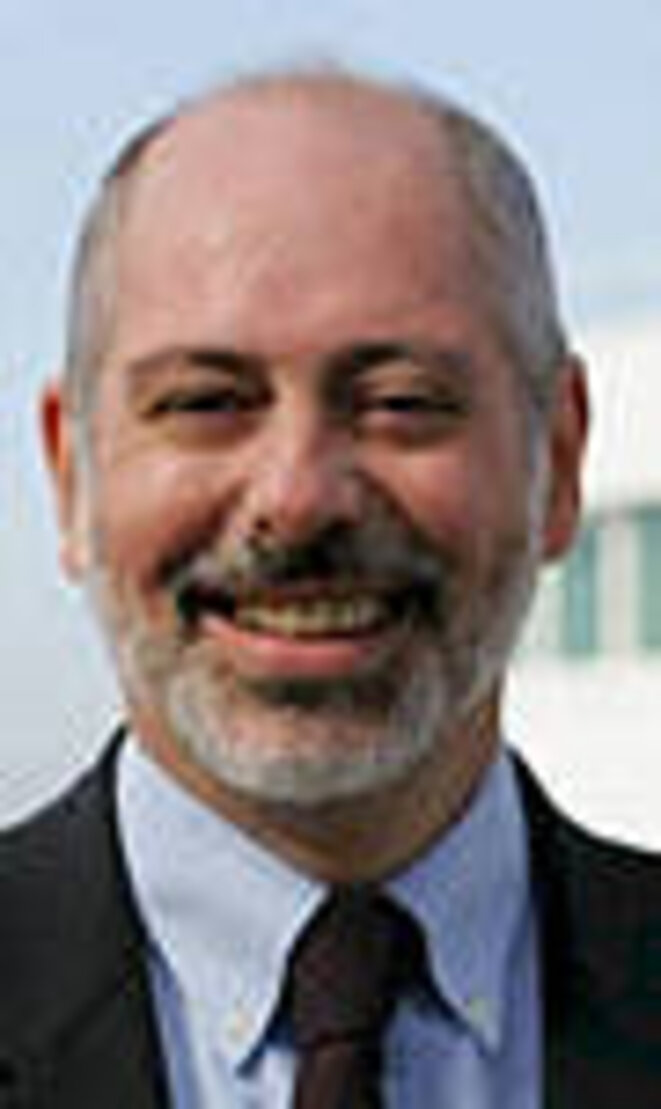 Jacques Repussard1 (pictured) is director-general of France's Institute for Radioprotection and Nuclear Safety (IRSN), which provides scientific and technical support for the French nuclear regulator, the Nuclear Safety Authority (ASN), a hot-seat job in a country with the world's second largest fleet of nuclear reactors (after the US).

He recently returned from a trip to Japan to study the situation at the quake- and tsunami-hit Fukushima nuclear plant, where the battle continues to bring a cold shutdown to the overheating reactors and to stem radioactive pollution seeping from the site (click here for more information). In this revealing interview by Sophie Dufau and Michel de Pracontal, he details what he learnt from his trip and what lessons the Fukushima disaster offers for nuclear safety standards in France.

Mediapart: The Japanese authorities have reclassified the Fukushima accident at the same level as the Chernobyl accident on the INES scale. Even if the two catastrophes are very different in their nature and development, do you think that the local consequences in Fukushima, in the area around the plant, will be of the same order of severity as Chernobyl?

Jacques Repussard. "Level 7 is the highest level in the international scale of nuclear incidents and accidents. It is reached when the environmental consequences of [Editor's note: radioactive] releases beyond the site require serious counter-measures such as long-term evacuations of populations and restrictions on agricultural activities. That is the case at Fukushima, even if indeed the areas concerned are of a smaller size than those affected by the Chernobyl catastrophe which spread to several countries of the former Soviet Union and, concerning animal rearing, to Northern Europe."

Mediapart: You've just returned from a visit to Japan. Were you able to get close to Fukushima? What do we know about the state of the plant?

J.P.: "Nobody goes to ‘visit' Fukushima. It's a closed, highly radioactive zone and you can't go in there without the risk of high-level irradiation. The only ones on site are the workers participating in indispensible operations. Of course, it's impossible to leave the site to its own devises. We have only incomplete information on the exact state of the plant. It's very probable that the containments of reactors 2 and 3 are leaking. But where are the leaks? In the reactor vessels? In the torus located at the bottom of each reactor? In the pipes? I don't have the answer."

Mediapart: Is it normal for the operator, TEPCO, to provide so little information on the state of its plant?

J.P.: "You must understand the situation. The plant is seriously damaged. There are many areas where no one can go because [radiation] dose levels are too high. Until the electricity was restored, there was no lighting, the technicians moved around with a headlamp on their helmets. Many of the sensors were destroyed, therefore many measurements can't be monitored. No one can get near the reactors. Remember that in the accident at Three Mile Island in 1979, it took six years before it could be verified that the reactor core had melted."

Mediapart: Don't you think that the Japanese are practicing information retention?

J.P.: "The term ‘retention' has an accusatory tone and implies a moral judgement to which I don't subscribe. That said, I think that TEPCO officials are not providing all the information in their possession. It's easy to understand that they are hesitant to furnish isolated data, which could be disturbing if it isn't put into the proper context. But it's also true that in Japanese culture, with its sense of personal responsibility and of hierarchy, one cannot criticise one's leaders, one's party or one's firm. At Fukushima, we know nothing of what the operators did on the first day. We don't know how long the reactors were shut down. We don't know how they used the time before anything failed - or rather, it's possible to think that the time was not well utilised. A newspaper reported that the prime minister asked to fly over the zone in a plane, and that, because, of this some emergency operations were delayed. What happened at the plant during the early hours [of the accident] which were crucial for the management of the crisis? We don't know."

1: From 1989 to 1991, Jacques Repussard (a graduate of the elite Ecole Polytechnique and the Ecole Nationale des Ponts et Chaussées) was the deputy director of the French Association for Standards (Afnor). He then moved on to head the European Committee for Standardization. In 1997, he became deputy director of the National Institute for Industrial Environments and Risk (Ineris). He became director-general of the Institute for Radioprotection and Nuclear Safety in March 2003.