In a ruling by the Versailles court of appeal on Friday, French bank Société Générale was found to have been in large part responsible for the 4.9 billion euros in losses attributed to the reckless trades of its so-called “rogue trader” Jérôme Kerviel in 2008. The court ruling concerned Kerviel’s appeal against the damages he was required to pay the bank, which until now was fixed as the entire sum of the losses, and which it reduced to 1 million euros. Mediapart economics and finance correspondent Martine Orange analyses here the many consequences of the ruling, not least of which is the demand that the bank now pay back a 2.2-billion-euro tax break it was granted as a result of the sums lost.

It required more than eight years before the French judicial system, after two trials and two appeal hearings, finally admitted on Friday to what had appeared evident from the start of the Jérôme Kerviel affair, namely that the presentation of the Société Générale as a victim in the so-called “rogue trader” case was pure fiction.

In its ruling on September 23rd, the Versailles appeal court recognised that the Société Générale did indeed also have a large degree of responsibility in all of Kerviel’s reckless trades that were estimated to have lost the bank 4.9 billion euros. 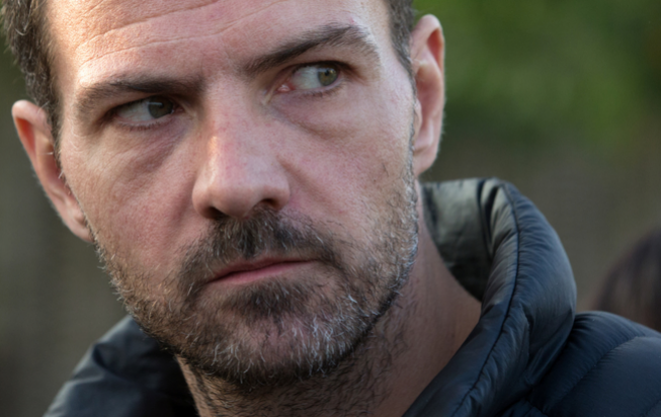 However, this long awaited turnaround appears to be aimed at putting a definitive closure to the case which has haunted the justice system since Kerviel’s arrest in 2008. The ruling, which shone a light on the failures and connivance of the judiciary and on how it was captured by the power of finance, was minutely weighed, keeping as close as possible to the Paris appeal court ruling of March 2014 which confirmed Kerviel’s conviction, on criminal charges, to five years in prison (two suspended) but which dismissed the justification for the  4.9 billion euros in damages awarded to the Société Générale.

Kerviel was first found guilty of the charges of abusing the bank’s trust, faking documents and entering false data into computers, in 2010.

The Versailles court ruling gave no grounds for a retrial. “The conviction of Jérôme Kerviel being definitive […], his criminal fault is established and cannot be called into question through the discussion on the civil interests [damages],” wrote, underlined in bold, the Versailles magistrates. They rejected a request made since several years by Kerviel’s lawyers for an independent audit of the Société Générale’s losses (the case against Kerviel has always relied on the bank’s declarations only).

In the same manner, the magistrates did not follow the public prosecutor’s recommendation in 2014 that all the damages awarded to the bank should be annulled because of the number of failings it was responsible for, and which “had made possible or facilitated the taking place of the fraud”. It would seem that the magistrates believed that it would have been too risky to throw out all damages, a decision that would have in turn undermined the conviction on criminal charges of Jérôme Kerviel.

Their decision to reduce the 4.9 billion euros that Kerviel was previously required to pay to 1 million euros - what his lawyer David Koubbi called a “discount of 99.98%” – was justified in the ruling in a clear criticism of the Société Générale: “Whatever the guile and determination of the perpetrator [Kerviel], or the sophistication of the processes used, such a loss could not have been reached without the flawed systems of control of the Société Générale, which generated a high degree of vulnerability,” wrote the Versailles magistrates. “This faulty organization and this accumulation of negligence of security and surveillance of risks that existed before the events, on the one hand allowed the crimes to be committed and delayed their detection, and on the other hand played an essential causal role in the surveillance and development of the losses right up to the critical level.”

The Versailles appeal court largely based itself on the findings of the so-called ‘GREEN report’, an internal audit mounted by the bank itself, and the report on the losses by the French banking commission. Both of these underlined the failures of the bank’s systems of control, and the fact that there had been multiple alerts sounded over Kerviel’s trades - and over those of others – without the bank taking remedial action, the rules overridden by the culture of making gains.

But the problem raised by the appeal court’s references to these is that the reports date from 2008, when they were largely cited in the press, and were used as key evidence in the case ever since. How, then, can it be that at Kerviel’s initial trial, in 2010, and later during his first appeal hearing, in 2012, they were not taken into account, when the bank was exonerated of all responsibility? Put differently, the question raised is why what was not given importance in 2010 and 2012 suddenly becomes important in 2016? Could it be that there were errors on the part of the justice system?

The Versailles magistrates’ references to the 2008 reports are all the more surprising in that they are largely the only evidence cited. At no point do the magistrates refer to the revelations favourable to Kerviel’s case made by police commander Nathalie Le Roy, former head of the French police financial crime squad, and recorded in an official statement she gave. Nor did they take up the account given by a senior magistrate with the public prosecutor’s office, Chantal de Leiris, who, in a secretly-taped conversation with Le Roy, which was in part played to the court during the hearing, said the official investigation was “entirely manipulated” by the bank. It was the courageous actions of Le Roy which disclosed the numerous dysfunctions of the judicial system and allowed the case to progress to its point today.

The magistrates also paid little attention to the testimony provided by another witness, Philippe Houbé, who worked at the Société Générale’s brokerage arm Fimat (which merged into Newedge Group). Houbé, who during Kerviel’s 2012 appeal hearing described the Société Générale’s account of how it lost 4.9 billion euros unwinding positions taken by Kerviel as “completely incoherent”, lost his job in 2013. Kerviel’s trades were processed by Houbé’s brokerage arm, and he has said that it was “technically impossible” for the bank not to know what Kerviel was doing. He believes the Société Générale loaded up the losses attributed to Kerviel in order to hide its own losses in the subprime crisis.

Claire Dumas, who was head of operational risk at the bank, testified at the end of the hearings in June: “Every day, there is a reconciliation made between the external and internal data on the futures markets. At the level of the back office there was no difference in Jérôme Kerviel’s positions.” But this testimony, which also indicates the bank knew precisely of Kerviel’s positions, was not mentioned in the ruling last week.

The magistrates boiled the different evidence down to just a few lines. “Fimat sent to the middle office a daily account of the needs in guarantee deposits which reflected the activity of Jérôme Kerviel,” they wrote in the ruling. “Furthermore, Fimat asked in 2007 and 2008 for considerable additional cash (for example, five transfers of more than 500 million euros between January 1st and 18th 2008) to cover the needs of the guarantee deposits.”

By sidestepping testimony and events that have occurred since the appeal hearings in 2012, and by highlighting evidence that has been available since 2008, the magistrates appear to have done everything to avoid upsetting the boat, to hide errors and questions that point to previous grave mistakes by the justice system.