Mediapart has gained exclusive access to evidence obtained by a French judge investigating a suspected far-reaching financial scam surrounding the sale of French submarines to Pakistan that details how Pakistani President Asif Ali Zardari, widow of Benazir Bhutto, once pocketed millions of euros in bribes paid to secure the deal. But the bounty trail of bucks doesn't stop there, for one of those alleged to have rubber-stamped the payment was, according to several witness statements, Nicolas Sarkozy, before he became French president.

Official Pakistani documents detailing how the country's president, Asif Ali Zardari, benefited from massive, secret payments connected to the sale of French submarines to Pakistan have been seized as evidence by a Paris magistrate investigating a suspected widespread scam surrounding the deal.

The documents, revealed here for the first time by Mediapart, show that the payments to Zardari and others took place on the fringes of the sale of three Agosta-class submarines by the French defence contractor the DCN) to Pakistan in the 1990s. The French sale succeeded against rival offers by Swedish and German contractors.

The sale, and the payment of bribes associated with it ­- officially termed as commissions - are at the core of what has become known as the ‘Karachi affair', currently the subject of two French judicial investigations and which has rocked the French political establishment with its potential far-reaching ramifications within France. 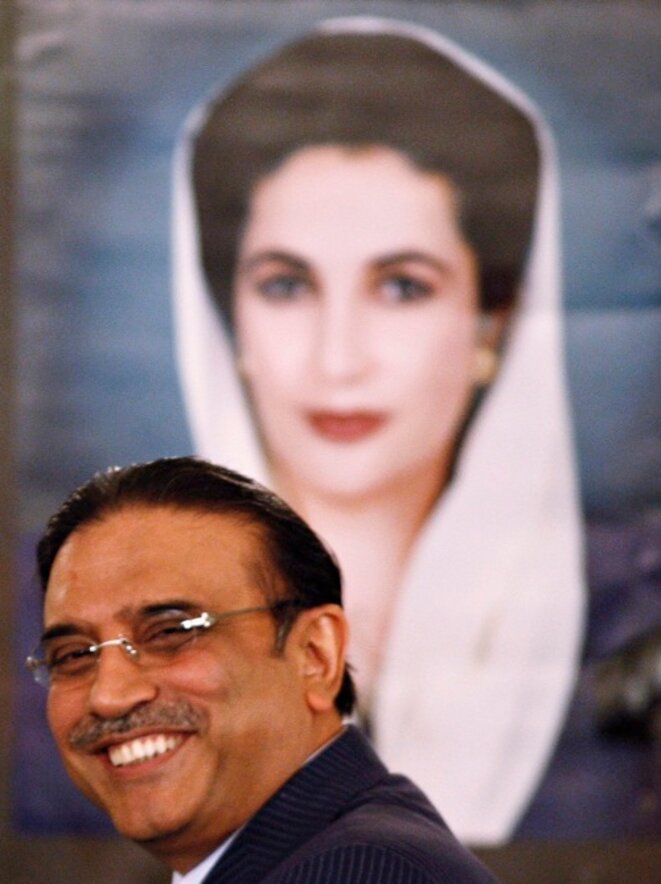 A key allegation in the developing affair is that the cancellation of commissions paid out in the submarine deal was the motive behind a suicide bomb attack in Karachi on May 8th, 2002, that left 11 French engineers dead. They were in Pakistan to help build one of the Agosta submarines.

Increasing evidence suggests that cancellation of the commissions, ordered by former French president Jacques Chirac, was decided after it was discovered they were in part re-routed back to France to fund political activities of Chirac's principal political rival, Edouard Balladur. For the full background to the story please click here.

The documents now in possession of Paris-based judge Renaud Van Ruymbeke were found during a French police search in June 2010 of the home of Amir Lodhi , one of the intermediaries involved in securing the Agosta contract. Lodhi held a copy of a report by a Pakistani anti-corruption service, the Ehtesab Bureau1.

Lodhi, 61, the brother of a former Pakistani ambassador to the United Nations, is a close friend of Zardari, who became president of Pakistan in 2008 one year after the assassination of his wife, Benazir Bhutto.

The raid on Lodhi's home in the French capital was carried out by detectives from the French police national financial investigation division, the DNIF, (Division nationale des investigations financiers). The Ehtesab Bureau documents were the object of a formal report by the DNIF, established on June 17th, 2010, and reveals that Zardari received backhanders worth 6,934,296 euros between October and December 1994.

That report is now among the evidence collected by Van Ruymbeke in his investigations launched last autumn into the financial aspect of the Agosta submarine sale, and in particular whether commissions paid abroad were re-routed to fund political activities within France.

Originally written in English, the Pakistani document was translated by the DNIF investigators and now provides the first clear details about the scale of the payments made to Zardari, amounting to several million euros, as well as the channels used, including offshore companies, bank accounts and a British tax haven.