'Beirut 2020', the chronicle of a country in collapse

Lebanese author Charif Majdalani has put aside fiction to write an account of the profound economic and social crisis of his country, so tragically illustrated by the deadly mega-blast in the port of Beirut in August, with the publication in France this autumn of a diary, Beyrouth 2020; journal d’un effondrement (Beirut 2020; the diary of a collapse). Lucie Delaporte reviews this moving and nostalgic reflection on the demise of Lebanon, once dubbed “the Switzerland of the Middle East”, which nevertheless sees a spark of hope amid the rubble.

In October 2019, vast forest fires raged across Lebanon, from the mountainous, northernmost governate of Akkar, down to Chouf, south-east of the country’s capital Beirut, reducing to ashes forests which had grown since thousands of years. But the Canadair firefighting aircraft previously bought by the government were unable to fly because the money that was allocated to maintain the fleet had mysteriously evaporated, as is so often the fate of public funds in Lebanon.

Beyrouth 2020; journal d’un effondrement (Beirut 2020; the diary of a collapse) by Lebanese author Charif Majdalani and published this autumn in France by Actes Sud, is a factual and poetic chronicle of a country in freefall. A country which has for so long been praised for its remarkable resilience, notably its resurrection after a bitter civil war between 1975 and 1990, but which now, argues Majdalani, is collapsing from within.

For the novelist, whose books written in French have earned him prestigious prizes and have been translated into five other languages, there is no further scope for fiction, which gives way here to a meticulous account of a life on hold. Those firefighting aircraft grounded while the fires raged north to south appear as a metaphor for a country asphyxiated by the corruption of a governing political class that is decidedly irremovable.

Majdalani’s chronicle began in the early summer of 2020. Over the past year, the country’s economy has slumped to its knees. The banking system has itself become bankrupt and the Lebanese try in vain to withdraw their savings in cash, but which are rendered almost worthless by runaway inflation. How long can such a situation last? “When I am on my terrace, writing these lines, facing the mountains, with the perfume of gardenias and the bundles of the July wind, I could believe that all is still similar to every other July of the past, that nothing has moved on […] After all, we still go to the pub, we dine with our friends, my wife works a lot, my own salary hasn’t changed, even if it’s worth six times less than six months ago,” he writes.

Haunted by a nostalgia for the country’s past splendours, Majdalani’s novel also recounts, with humour, the absurd and exhausting daily life of the Lebanese amid the present crisis, like the ageing household appliances that start playing up, and the strange clicking sound the washing machine now makes because the repair man forgot a screwdriver within its cavities.

Then there’s the plumber called out for water leak under the kitchen sink and who can’t muster the courage to announce his bill, such as it is that the amount, adjusted against the skyrocketing inflation, seems even to him to be indecent. The Lebanese have since a long while now become used to daily cuts in water and electricity supplies; the officially declared investment in utility networks has in fact been siphoned off into secret funds.

The hopes that were born in the popular insurrection that began on October 17th 2019, when mass protests against economic and social conditions brought down the government, were already far away by the beginning of the summer. The political system, founded on a clientelist and Mafia-like confessionalism, had kept its hold. A puppet government had replaced the previous one. The young Lebanese population, represented in his chronicle by Majdalani’s daughter, so passionately attached to the country, now thinks only of leaving. “The regime seeks the fall of the people” reads a splash of street graffiti written in the name of those who believed so much in a revolution and whose dreams, once more, have been betrayed.

People feel sapped. Majdalani’s wife Nayla, a psychotherapist, observes this every day at her practice, and she herself worries that she’ll also lose her grip, and takes to writing in an attempt to understand what is happening to her. “I have difficulty in saying it, in writing about it…but it is about this country which is agonising, which is wasting away,” she details in her diary, written as a kind of self-therapy, extracts of which Majdalani cites in his own chronicle. “It is about the mourning for all that we have done, the splendour of our past lives, of what we have dreamed of. It is about fear of the decline to come, of the loss of our dignity.” 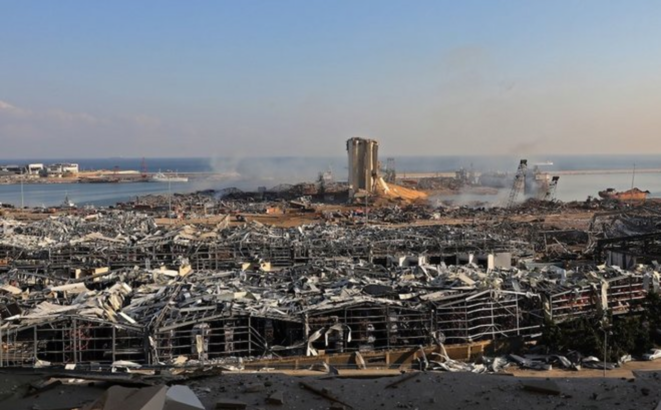 The scene of the devastated port of Beirut following the deadly exlosion of August 4th. © AFP

In the Beirut of 2020, shops in the capital close down one after the other, companies lay off staff, and suicides mount. At almost every street corner are begging Syrian refugees, while the coronavirus prowls. “It all resembles a bereavement, a muffled bereavement, almost mute, repetitive, exhausting,” writes Majdalani.

At the bedside of a country in agony, a country that turned 100-years-old this year, he recalls the grand times of Lebanon, once dubbed “the Switzerland of the Middle-East”, prized for its cultural and night life, its clubs and ski resorts lying so close to the Mediterranean Sea. Majdalani evokes the carefree days of before the civil war, and the rejoicing of life in the 1990s after the strife had ended. But that decade was also marked by the excesses of property speculation and a monstruous destruction of the local environment.

“We were like inhabitants living at the foot of a volcano, who cultivate their so fertile land, working to enrich themselves, enjoying good times while aware of the regular rumblings from the earth’s innards and the trembling below their feet, but who cared little, shrugging their shoulders, pretending that it had always been like that and it will remain that way for a long time. Until the day that everything was blown away.”

The “volcano” would take the form of the mega-blast on August 4th this year, when 2,750 tonnes of ammonium nitrate stocked in a warehouse in the port of Beirut exploded with such force that it would devastate a swathe of the surrounding city. Majdalani’s diary, which for a moment was interrupted, picks up afterwards with a tone of urgency. There is no more place in it for nostalgia. It is a time for counting the dead and injured among friends, the numbers of apartments that were destroyed, and running between the different emergency services.

The roads of the capital became swollen once again with crowds. “Never, since the beginning of the past October insurrection had such a spontaneous movement brought so many people into the streets, and never had the damaged streets been so full, invaded by a tide of people carrying brooms, spades, masks, helmets, offering drinks and food in a frenzy to take care of things, to refuse to be ground down, in a sort of jubilation from despair […], like the proof that we are not down on our knees,” wrote Majdalani.

Once again, it was a people standing upright amid the ruins, spades in hands. 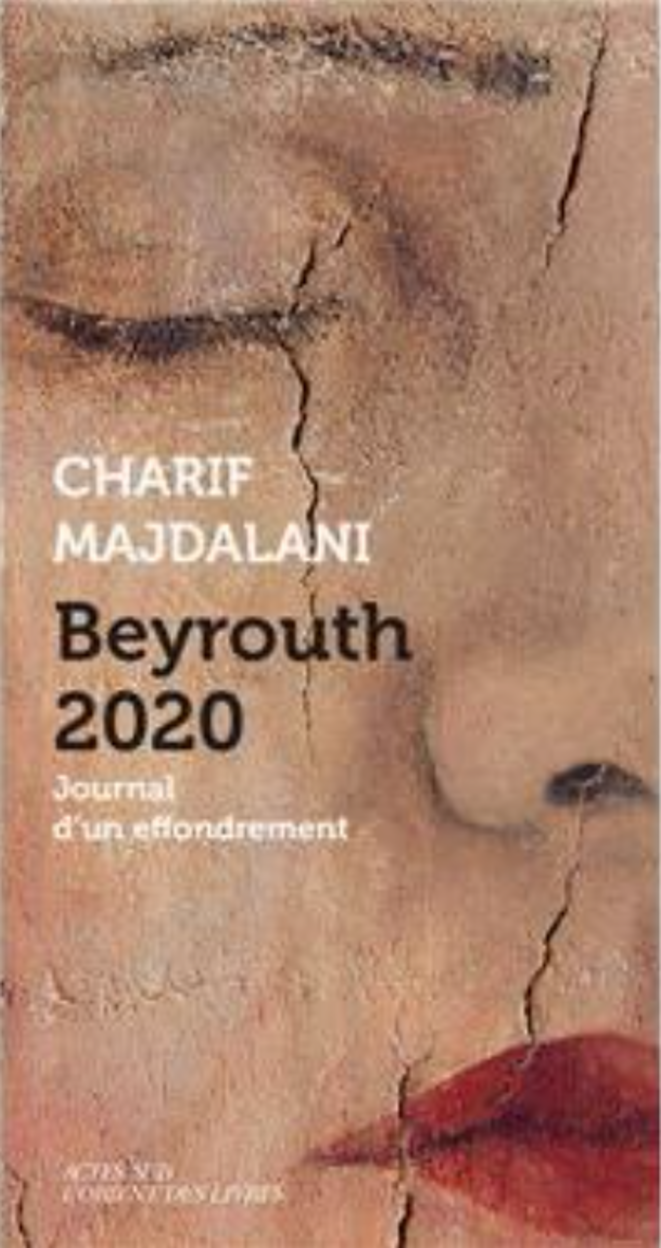