A sleepy French village torn apart by a centre for migrants

The usually tranquil village of Allex, in the Drôme Valley region of south-east France, has become agitated over the imminent opening of a reception centre for migrants. Villagers’ opposition to the centre, which will house about 50 individuals, has prompted the mayor to announce a referendum on the issue. Laurent Geslin reports from this small village of 2,500 inhabitants where, as France’s 2017 presidential election campaign draws closer, local conservative and far-right parties have jumped upon the opportunity to stoke the fires of prejudice and resentment.

Gérard Crozier, the mayor of Allex, a hilltop village in the Drôme Valley in south-east France, spoke clearly and with a firm tone of voice as he addressed a municipal council meeting in the village hall on September 13th over his proposition for holding a referendum.

“This decision, I take it entirely upon myself,” said Crozier, who leads a council majority made up of a right-wing alliance. “I’m under nobody’s thumb. There is no intention of calling into question France’s tradition of welcoming [outsiders], but rather to give citizens the possibility of expressing themselves with regard to the directives that the state wants to impose upon us. These past few days, lots of people have come to see me to say ‘we elected you so that you’d defend us’. That’s why I want to organize a consultation process.” 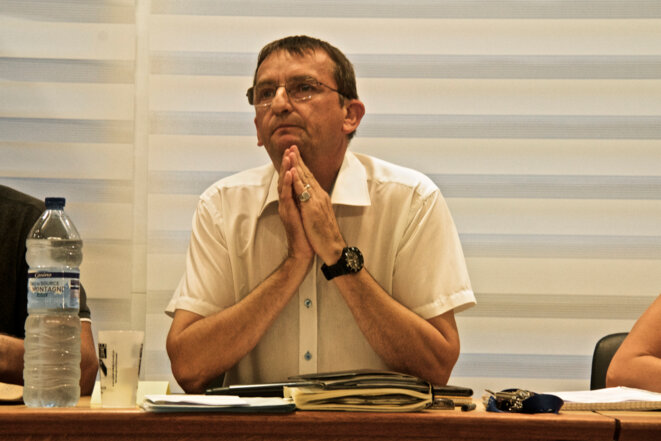 During the meeting there was lengthy murmuring among the attendance of about 100 people, and when the final vote was counted a good half of them erupted into loud applause. The motion for a referendum was passed and the village’s 2,500 inhabitants are now due to vote on October 2nd in response to the following question: “Are you for or against the reception of refugees in the commune?”

But the referendum has little chance of cooling the tensions prompted by the announcement that the nearby Château de Pergaud, situated three kilometres from the village hall, is to house a reception and orientation centre (Centre d’Accueil et d’Orientation), or CAO, for migrants. Managed by the Protestant diaconate, the CAO is due to open in a matter of weeks, when it will receive about 50 migrants. The length of a migrant’s stay will vary between one and three months, the time for them to turn themselves around and submit asylum requests. After that, they will be sent off to one of the various reception centres for asylum seekers, called CADAs, around France.

“I spoke with the mayor about this project as of last July 21st,” said Éric Spitz, prefect of the local Drôme département (equivalent to a county). “We visited all the buildings together. At the information meeting on September 5th I answered legitimate questions put by the inhabitants of Allex. The discussion was held in a calm atmosphere, which is why today I find it a little difficult to understand the reactions of some.”

Walking the streets of Allex, it was not hard to find people opposed to the project. “I don’t say that they are all criminals, but I live alone and to see all these men arrive makes me frightened,” said Francine, fifty-something, who struggles to get by with some house-cleaning work. “I no longer have any right to universal healthcare, and we give money to migrants. Do you find that normal?” 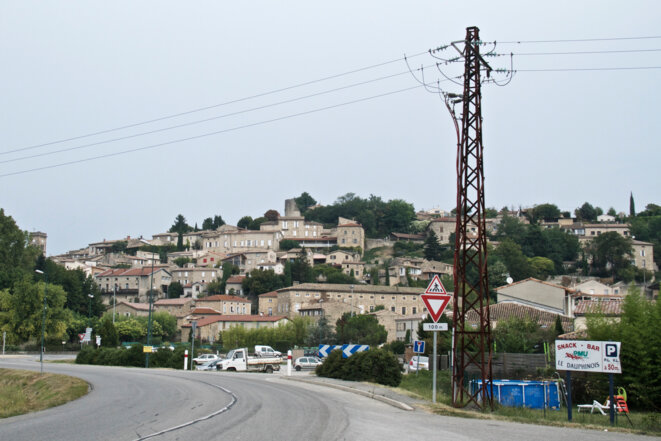 Allex, in the Drôme Valley, has a population of about 2,500. © Laurent Geslin

In the café-tabac on the main square, Françoise sits behind the till. “What people find regrettable is that the setting up of the centre was very rapidly imposed upon them,” she said, echoing the sentiments of a vast majority of villagers. Another inhabitant complained: “Before, alcoholics were treated at the Château de Pergaud, but through lack of financial means the structure closed several years ago. On the other hand, for foreigners, there’s no problem for the cash to arrive.”

According to an interior ministry document cited by French daily Le Figaro on September 13th, the government plans to create “between now and the end of 2016” places for more than 12,000 migrants in CAOs in order to reduce numbers living in the makeshift ‘jungle’ camp of in the Channel port of Calais, and also in the makeshift camps of migrants in northern Paris. To meet this goal, an extra 8,000 beds must be found on top of the 5,000 that will be available at the end of September.

“The CAOs are an airlock that allow for giving people shelter,” said Jonathan Sorel, an advisor to housing minister Emmanuelle Cosse. “Their implantation across the country is aimed at widening out the reception policies. National solidarity must come into play, and in the majority of cases everything happens smoothly.”

However, on September 7th in Forges-les-Bains, a village situated a short distance south of Paris, a CAO which was due to open imminently was badly damaged in an arson attack. Local opposition to the centre prompted the authorities to lower the initially planned capacity of 100 migrants, and to provide for gendarmerie patrols to be present for start and ending of classes at the nearby infants and primary school situated close to the centre. 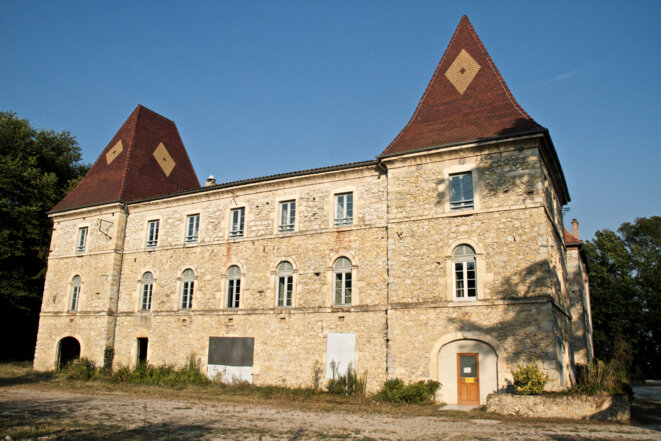 The Château de Pergaud, close to Allex, where migrants will be offered temporary shelter. © Laurent Geslin

Back in the Drôme, Jean-Jacques Bosc, the director of the protestant diaconate that will manage the CAO at the Château de Pergaud, said everything was ready for the shelter to open.  “We’re ready to receive the first migrants, we’re just waiting for the green light from the prefect,” he said. The diaconate also manages a centre for asylum seekers in the town of Valence, about 20 kilometres north of Allex. The Château de Pergaud is the property of the Social Hygiene Committee of the Drôme, and latterly was the site of a rehabilitation centre for alcoholics and drug addicts until the structure closed in 2015. “We took over the management of the reinsertion centre at a time when it had serious financial difficulties, and until July 2018 we enjoy an extremely low rent of 400 euros per year,” explained Bosc. “We have teams that are trained and ready to intervene. I am sure that, when the first refugees will arrive, the pressure will drop of itself. The problem is that certain political parties don’t hesitate to exploit the fears.”