Already at the centre of the Karachi affair over suspected illegal electoral funding from arms sale kickbacks, former French Prime Minister Edouard Balladur is now facing more questions over large and mysterious cash sums belonging to a political organization under his control. This time it concerns a stash of almost 100,000 euros found lying in a Paris safe, officially destined to pay for weekly breakfast meetings, and which was the object of a rapidly-shelved investigation in 2007.

Former French Prime Minister Edouard Balladur is once again facing questions over large and mysterious cash sums linked to a political organization under his control.

As Mediapart has previously reported, the depositing of high denomination bank notes into the campaign account for his failed 1995 presidential election bid came under close scrutiny by the country's top constitutional body the Constitutional Council.

The source of those cash payments has been one of the key questions in the Karachi affair in which Balladur, prime minister from 1993 to 1995, is suspected of having used illegal retro-commissions from the sale of three submarines to Pakistan to fund his 1995 campaign. Another allegation is that the cancellation of commissions relating to this sale was the motive behind the Karachi suicide bomb on May 8th, 2002, that left 11 French engineers dead. Balladur has dismissed the claims. 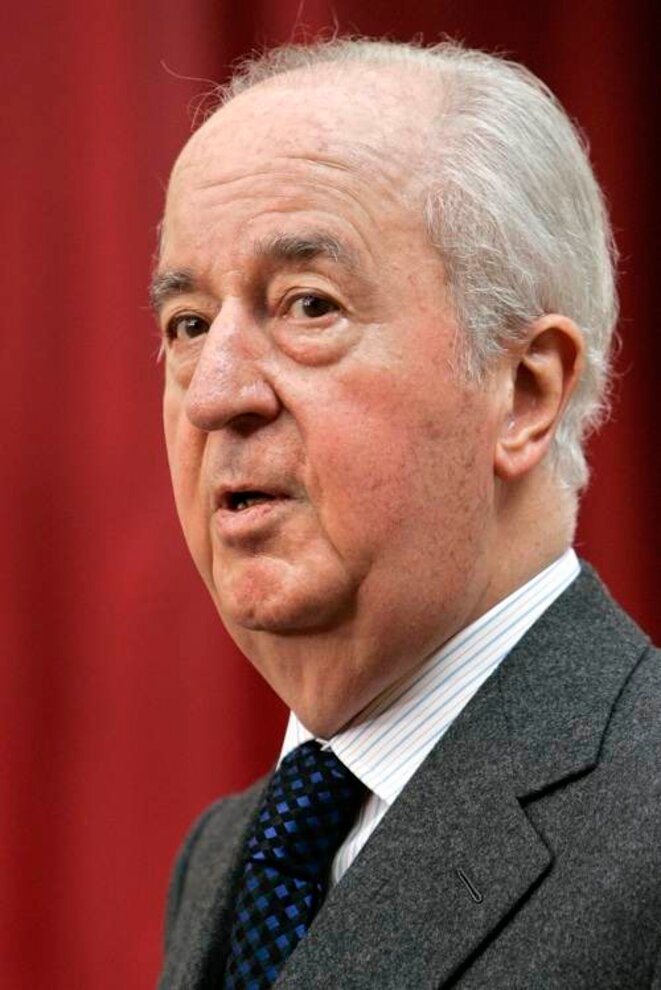 Now Mediapart can reveal that in 2007 the prosecution authorities investigated cash payments into another of Balladur's political organizations, and we reveal here exclusive extracts from the police investigation. It centred on the Association pour la réforme ('Association for Reform'), or APR, which Balladur set up a few months after his election defeat in April 1995. Its first president was Nicolas Bazire, chief of staff to Balladur when he was prime minister.

The APR was specifically cited in the "Nautilus" report. This was the internal report drawn up by the state naval defence contractor DCN which built the three Agosta submarines sold to Pakistan. Direction des constructions navales In that report, just after the 2002 bombing in which the DCN engineers died, it established a link between the suicide car bomb attack and the stopping of commission payments.

The man who drew up the report, former police officer Claude Thévenet, referred to the Lebanese businessmen Ziad Takieddine and Abdul Rahman El-Assir, who are the intermediaries through whom the retro-commissions to Balladur's campaign are alleged to have passed.

On September 11th, 2002, he wrote: "In France the El-Assir network's main purpose was to ensure the funding of Edouard Balladur's campaign [...] after the failure of his candidacy, in the spring of 1995, this funding had to be transferred to the Association pour la réforme, located at 40, rue Pierre Charron [this was in fact a mistake, it is at number 50] in Paris, which was intended to continue the movement started by the Balladuriens."

The question marks over the APR's 2006 accounts were first raised by police officers from the national financial investigations squad, the Division nationale des investigations financières (DNIF) following a visit in the spring of 2010 to the national body that oversees electoral and political funding - the Commission nationale des comptes de campagnes et des financements politiques (CNCCFP).

During the visit, which was part of a preliminary investigation into claims of illegal financing in Balladur's 1995 campaign, officers asked the man in charge of the political party section of the CNCCFP, Stéphane Gauvin, if he had noticed any "anomalies".

Gauvin said that the annual tax assessments for Balladur's association APR, for 2005 and 2006, had attracted his attention, as large sums in cash (62,700 euros in 2005 and 92,900 euros in 2006) had been discovered in the accounts. "I would point out that this is the sort of reserves we seldom come across," Gauvin told them.