February 25, 2011 By La rédaction de Mediapart
The privately-owned, 1960s-built ‘Chêne Pointu' housing estate (photo) in the run-down Paris suburb of Clichy-sous-Bois contains 1,500 apartments. Slumlords rule the roost here, where more than two-thirds of inhabitants live below the poverty line and insalubrious, overcrowded flats are rented, room by room, for as much as 1,800 euros per month. The local authorities complain that they are largely powerless to combat the blatantly illegal practices. Edouard Zambeaux investigates.
This article is open access. Information protects us. I subscribe

The privately-owned, 1960s-built ‘Chêne Pointu' housing estate in the run-down Paris suburb of Clichy-sous-Bois contains 1,500 apartments. Slumlords rule the roost here, where more than two-thirds of inhabitants live below the poverty line and insalubrious, overcrowded flats are rented, room by room, for as much as 1,800 euros per month. The local authorities complain that they are largely powerless to combat the blatantly illegal practices. Edouard Zambeaux investigates.

"Going, going, gone!" In a chamber of the district court of Bobigny, a suburb north of Paris, the usher launches the next round of bids, keeping an eye on the rack that holds three wicks, the extinction of which, one by one, marks the end of bidding. 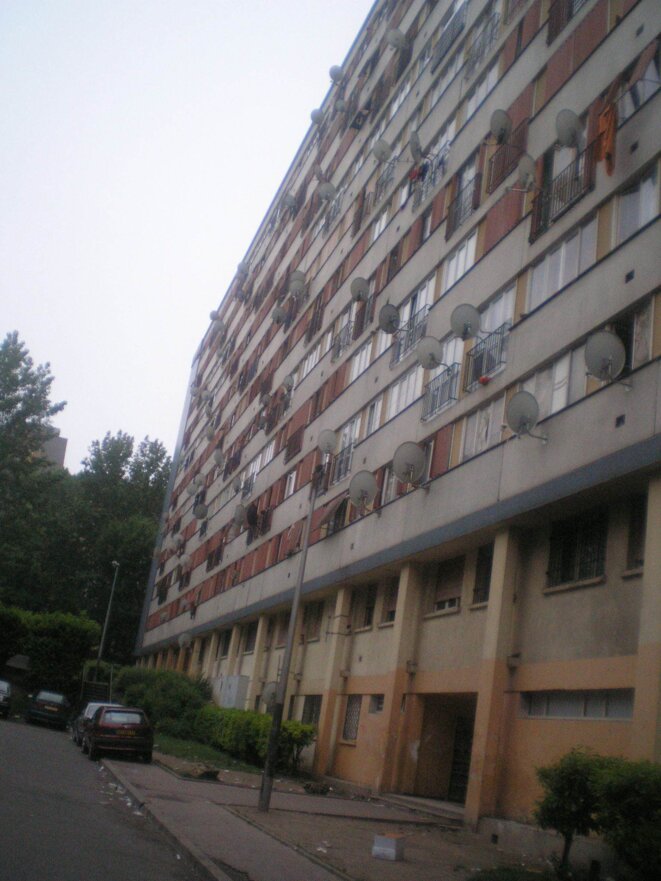 The third flame is extinguished and the property is sold. The lawyer approaches, signs and gives a cheque as a guarantee. The president of the court repeats the agreed price of the transaction and the name and social status of the buyer. This January 11th, real-estate is on the cards. And once again it is property in Clichy-sous-Bois, a district of Seine-Saint-Denis, a département on the northern outskirts of Paris, that represents the lion's share. Eight out of the twelve homes auctioned today are situated in this pauperised suburb, on the Chêne Pointu (Pointed Oak) housing estate, classified as "degraded" - a euphemism in view of its dilapidated state.

The buyers here are not in search of roofs to put over their own heads. In the auction room, property developers, estate agents, and established speculators shelter behind their lawyers, the only ones authorised to bid. Today, also seated on one of the court's benches is François Taconet, president of Habitats Solidaires (Solidarity Housing). This association tries to buy back apartments in order to allow their tenants to stay in them while paying acceptable rents.

Initially, Solidarity Housing concentrated on apartments confiscated from owners who lived in them. The association bought them back with borrowed money in order to keep the owners-turned-tenants in their homes, their rent reimbursing the loan. Thus insolvent inhabitants, whilst losing their properties, at least don't find themselves on the street. Now the association also tries to prevent ‘slumlords' from taking over apartments auctioned in court in order to let them at extortionate prices, sometimes room by room.

So Taconet is a philanthropist. Seated next to his lawyer, he is safe in the knowledge that he will be walking off with all the goods. Earlier on in the morning he spoke to Claude Dilain, the Socialist Party mayor of Clichy-sous-Bois, the district that was the focus of international media attention in the 2005 suburban riots. The MP said he would be supporting him in this sale, and so Taconet is quietly confident that he will be able to snap everything up.

Nobody around him is aware of this situation, so their appetites are whetted. Cynical, sometimes racist comments can be heard, uttered in heated conversation. There is talk of speculation, rental yield, resale prices, return on investment, big money to be made fast and easy on the backs of those with the most insecure lives: those without legal papers like residency permits, people who work on the black, single mothers. 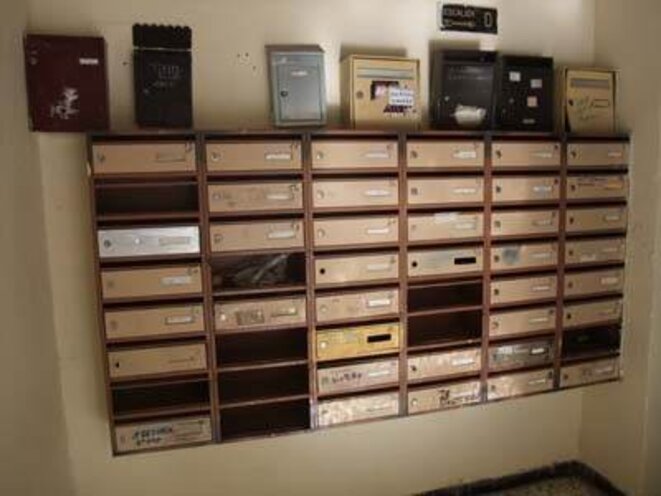 Olivier Klein, the deputy mayor, also in the room, becomes angry when one of the property developers delivers a series of trite comments according to which the "behaviour" of the "African tenants" is the cause of overcrowding and the degradation of homes. The Town Hall and mayor are also accused of "stigmatising" these "worthy" property developers as "slumlords".

For the time being the action is in another court room, where an apartment located in another district of Seine-Saint-Denis is for sale. This is a classic sale, at a ‘normal' price: 90m2, four rooms, sold empty, with bids starting at 28,000 euros and a deal struck at 164,000 euros - of no interest to the developers and estate agents, who are lusting today after the eight apartments in Clichy.