Protesting French farmers turn on their own leaders 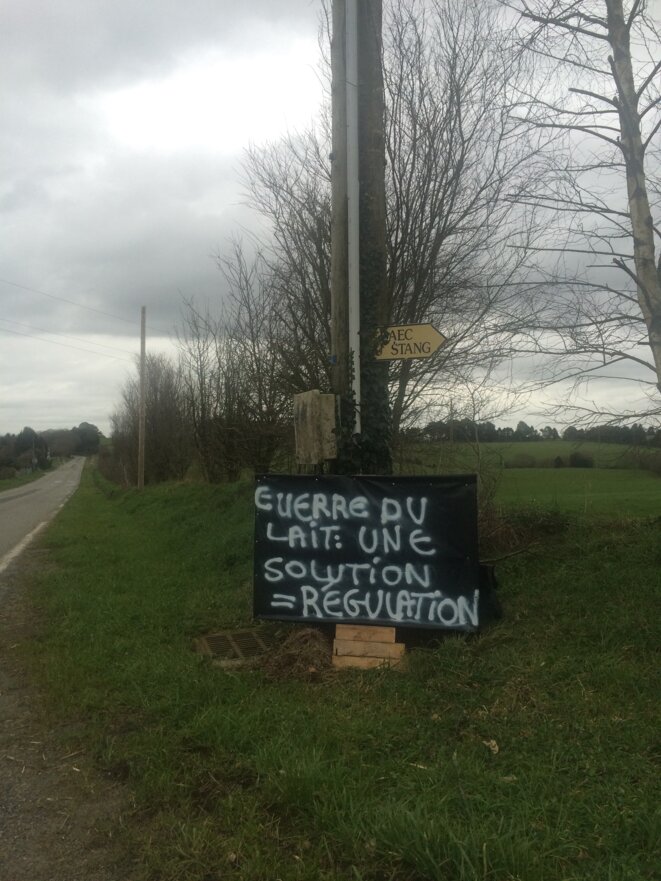 A farm slogan in Brittany proposing a solution to the 'milk war'. © DR

Despite the French government's attempt to calm the situation, angry farmers are continuing to protest over the prices they are receiving for their produce. On Sunday evening a group of farmers even went to the home of agriculture minister Stéphane Le Foll to demand action. But as Mediapart's Karl Laske found when he visited Finistère in Brittany in the west of France, farmers are not only angry with politicians – but with their own union leaders and local cooperatives too.

When Paris attacks gunman spoke of his 'transformation' in prison 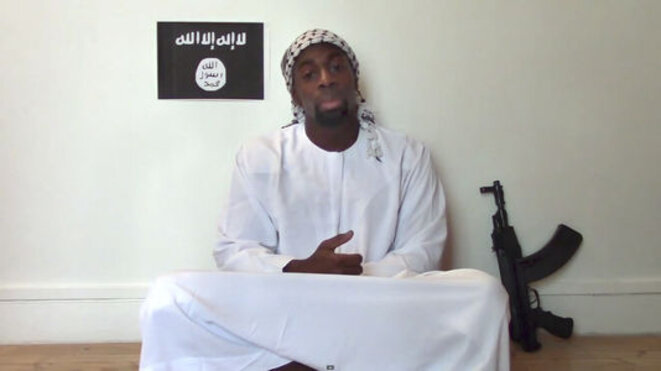 In December 2008, freelance journalist Warda Mohamed interviewed a 26-year-old convicted delinquent who hid his identity behind the pseudonym ‘Hugo’. The interview centred on the repeat offender’s experiences in prison, where he served time for crimes including armed robbery and drugs trafficking. Little more than six years later, Mohamed discovered that ‘Hugo’ was in fact Amedy Coulibaly, who shot dead a policewoman and four customers of a kosher store during the January 2015 Islamist terrorist massacres in Paris. Here Mohamed returns to that interview in 2008, when Coulibaly explained how he was “transformed” by prison.

A project by French energy giant EDF to build two European Pressurised Reactors (EPRs) at the Hinkley Point nuclear power plant in south-west Britain has mobilised large numbers of its staff and management against the move. They believe that the huge industrial and financial risks for EDF may result in a meltdown of the group. Martine Orange reports.

Ségolène Royal, a political revenant who has become irremovable 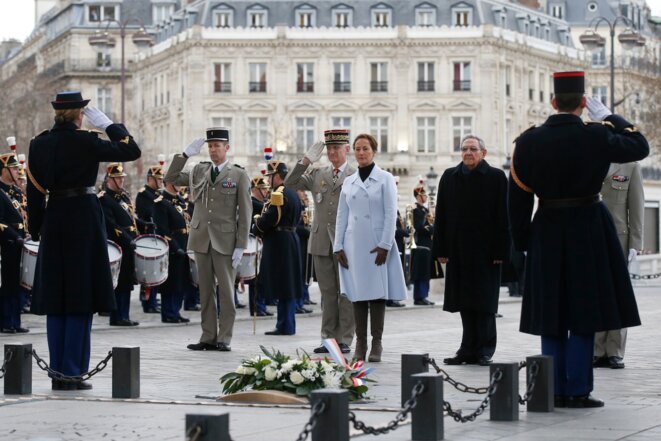 Ségolène Royal with Cuban President Raul Castro at a ceremony in front of the Arc de Triomphe in Paris, February 1st. © Reuters

Ségolène Royal has led an up and down political career over three decades. After serving three ministerial posts and three terms as an MP, she lost, as socialist candidate, the 2007 presidential elections to Nicolas Sarkozy, narrowly lost her 2008 bid to become Socialist Party leader, was humiliated in the 2011 socialist primaries, and lost in legislative elections in 2012. But, retaining a power base as a local council leader in mid-west France, the 63-year-old former wife of President François Hollande is now back in the stable of power. Made environment minister in 2014, her ministry emerged from this month’s government reshuffle with added powers, including her role as president of post-COP 21 UN climate talks. But she is also regarded as a key figure for Hollande’s hopes of re-election in 2017. Mathieu Magnaudeix reports.

Nicolas Sarkozy, head of a clan of 32 implicated in corruption scams

Former French president and now conservative opposition party leader Nicolas Sarkozy was this week placed under investigation – a restrictive legal status one step short of being charged – for his role in the suspected illegal financing of his failed re-election campaign in 2012. Sarkozy is also under investigation for corruption in a separate case, and his hopes of a new bid for the presidency in 2017 now appear seriously damaged. But, as Fabrice Arfi details here, behind Sarkozy’s personal judicial woes are also those of no less than 32 of his close allies who have been either convicted or placed under investigation in a series of cases centring on corruption, money laundering, fraud and influence peddling.

The triple menace of Hollande's reform of the French constitution

French MPs this week voted in favour of the government’s proposed reforms of France’s constitution, which include enshrining into fundamental law state of emergency powers and the stripping of French nationality from convicted terrorists. The highly controversial bill will next month be debated by the Senate, and must finally be presented to an extraordinary ‘Congress’ meeting of both houses. Mediapart editor François Bonnet argues here that the proposed reform of the constitution carries a triple menace that threatens the heart of French democracy, the future of the socialist party, and also President François Hollande's ambition to gain a second term of office. 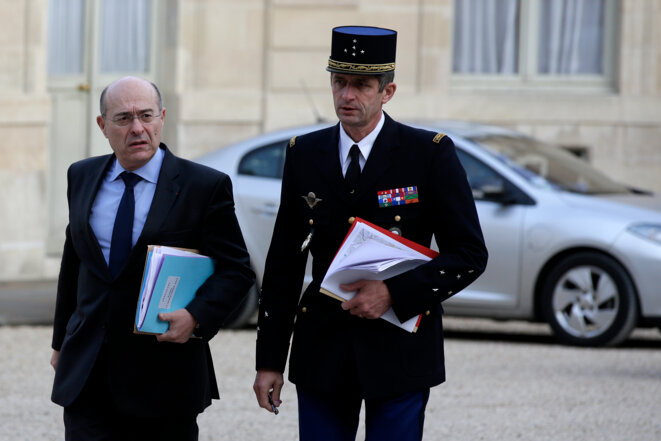 Policing in France is divided up between the national police force, which covers urban areas, and the gendarmerie, which covers mostly rural zones. The two forces have a historic rivalry, which is further complicated by the sometimes surreal bureaucracy concerning their geographical limits of operation. The terrorist attacks in France in 2015 have exacerbated the mistrust between the two, beginning with tensions between their elite intervention forces which have now spread through the ranks and into mutually denigrating rumour campaigns relayed by the media. Matthieu Suc reports.

At the end of four days of debates, French MPs on Wednesday voted in favour of the socialist government’s package of proposed amendments to the country’s constitution, which include stripping French nationality from convicted terrorists and giving temporary state of emergency powers a permanent legal basis. The measures are highly controversial and have opened deep divisions both on the Left and Right, yet when the crucial voting of the reforms began on Monday, just 136 MPs out of a total 577 were present. Mediapart political affairs commentator Hubert Huertas argues here that the decried absenteeism reveals above all an inherent weakness of the French parliamentary system. 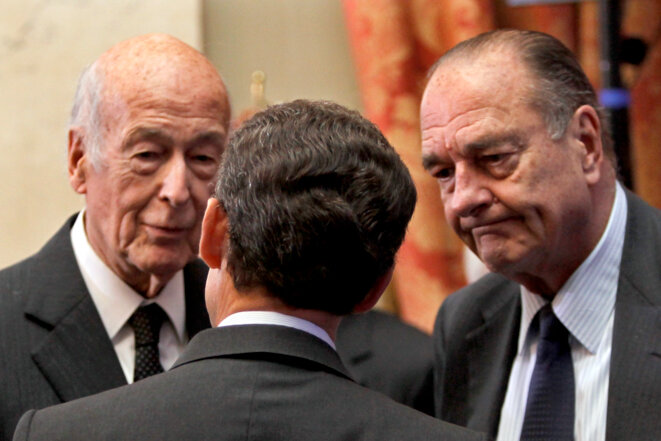 Mediapart has gained access to a detailed account of the annual payments made to former French presidents and prime ministers in a lifelong system of perks and privileges that beggars belief. With items ranging from newspaper and dry-cleaning costs to the payment of staff, offices and vehicles, the country’s three surviving former heads of state cost the taxpayer a yearly 6.2 million euros. Former prime ministers, meanwhile, receive tens of thousands of euros annually for staff and vehicles, including one who left office 25 years ago. Mathilde Mathieu reports.

Is ex-minister Montebourg preparing a bid for the French presidency in 2017? 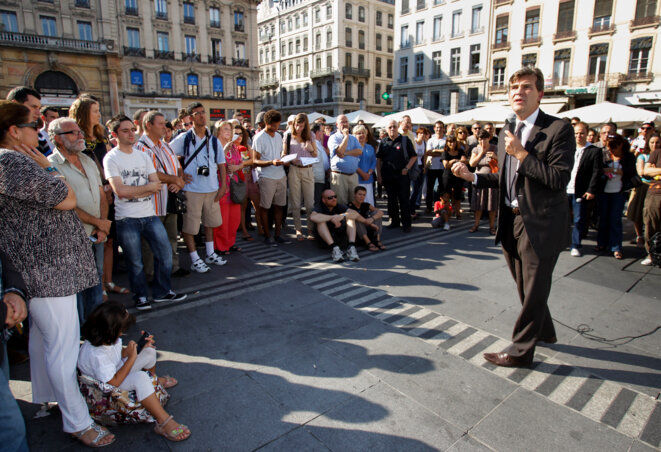 Heading for the Elysée? Arnaud Montebourg on the campaign trail back in 2011. © Reuters

He remains one of the most fascinating and colourful figures in French politics. Arnaud Montebourg was a high-profile figure in the government of President François Hollande, who as economy minister had a very public spat with a US business boss. In August 2014 he quit after disagreeing with the government's policies and went off to work in commerce. In the last 18 months Montebourg has kept a low public profile but has been assiduously meeting key figures and thinkers on the French Left. So is he, as many believe, discreetly preparing a bid for the French presidency in 2017? Lénaïg Bredoux reports.

How plan to remove French nationality has become a farce

Caught in their own trap? President François Hollande and prime minister Manuel Valls.

On Friday February 5th, 2016, the National Assembly began debating plans to alter the French Constitution, including adding the power to strip convicted terrorists of their French nationality. It was supposed to be President François Hollande's grand response to the Paris terror attacks of 2015. Instead, amid general confusion, the government has become bogged down and endlessly changed its mind over the issue. To the point, argues Mediapart's Mathieu Magnaudeix, where the entire affair has become a national farce.

On Tuesday February 2nd France's pharmaceuticals giant Sanofi announced that it would be shedding up to 600 jobs over three years. Just before Christmas another drug maker, Servier, revealed that more than 600 posts will go, while Swiss company Novartis is also discreetly losing up to 200 positions in France. The news of the job losses comes despite the fact that some of the firms are not only profitable but have also been picking up taxpayers' cash aimed at protecting employment. Mathilde Goanec reports.

The truth about deadly police raid on terror flat near Paris

In the early hours of November 18th, 2015 officers from the French police's elite antiterrorism unit RAID staged an assault on a flat at Saint-Denis, just north of Paris. The operation led to the death of two terrorists who had carried out the attacks in Paris on November 13th. Mediapart has discovered that though the police claim they came under “sustained” fire during the assault, in fact the terrorists in the flat only fired eleven rounds, against more than 1,500 from police officers. Most of the shots sustained by the police came from their own officers. Matthieu Suc reports.

The charity Oxfam recently sounded the alarm about an explosion in wealth inequality across the world. Academic Patrick Savidan says that France, which once resisted this trend, is now in the same boat as other developed nations as the gap between wealthiest and poorest grows wider. Savidan, who co-founded a commission to monitor inequality, explains in an interview with Mediapart's Dan Israel that while the rich have long been getting richer in France, the latest development is that the poor are now getting poorer too.

Judges to rule on legality of Sarkozy 'corruption' probe

Last week France's top appeal court heard an appeal by former president Nicolas Sarkozy against the validly of an official investigation into him for alleged “corruption” and “influence peddling”. He faces claims he tried to induce a senior magistrate to hand over confidential legal information. A great deal hinges on the judges' verdict, which is due on March 22nd, 2016. For as Mediapart's legal affairs correspondent Michel Deléan reports, if the appeal fails it is likely Sarkozy, who hopes to be the French Right's candidate at the 2017 presidential election, will be forced to stand trial over the allegations.