Why Cannes has lost the plot

The 71st Cannes Film Festival officially opened on Tuesday evening, and over the next two weeks the Riviera town will be bustling with cinema stars, directors, producers and hopeful actors, hundreds of journalists, TV crews and crowds of sightseers. But not Mediapart, whose cinema critic Emmanuel Burdeau sets out here why he sees no sense in covering an event that has lost touch with the evolutions of the so-called "seventh art”.

A largely joyful occasion, the press conference on April 12th to present the official selection for the 71st Cannes Film Festival was nevertheless not entirely without gravity, and notably the ire expressed by the president and the director of the world’s foremost cinema festival over the taking of selfies on the red-carpeted steps of the venue.

The idea of a ban on taking selfies during the star-studded ascension was already raised in 2015, and among the numerous arguments advanced were the delays such behaviour caused to the protocol of the festival, and the unfortunate incidents of people stumbling and tripping over. While the move to curb selfies had no effect then, festival president Pierre Lescure and its director Thierry Frémaux decided to have another go this year, with the pronouncement of a formal ban.

Quite how the ‘no selfie’ rule will be enforced was not explained. Denouncing what they described as “disrespectful” behaviour, which for them was at odds with the spirit of elegance that should prevail at the ceremony, the two men detailed that the ban applied to members of the public, while the attendant “artists” would be free to snap themselves as they please. 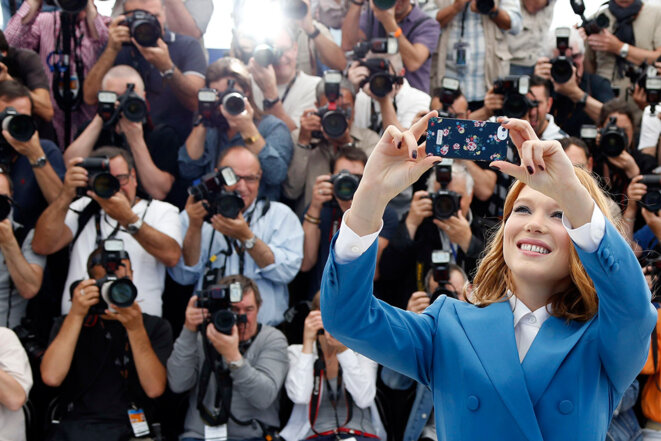 During the press conference, other issues were raised, such as the failure of talks between the festival organisers and Netflix whose films are prohibited from competing in the festival because they are not released in traditional cinema theatres. It’s not a minor subject, for it involves the temporalities and instances through which cinema is made accessible. The poor representation of films from certain geographical regions was also raised, as was the decidedly too few films by women directors which are selected to take part. What is at stake here, too, is far from trivial.

Meanwhile, Frémaux tried, unconvincingly, to explain that the modifications to the calendar of screenings, which result in the press no longer being the first to discover films, was not a move against the profession. Then, of course, he could not avoid offering at least a few comments on the scandal surrounding Harvey Weinstein, the US producer whose triumphs and escapades were for a long time Hollywoodian, but also Cannes-ian. The scandal is so vast it has had repercussions well beyond the world of cinema, dominating public debate over the past six months and, in all probability, will continue to do so until the year’s end.

While the other matters raised at the press conference were anything but minor, none were given such grave attention as that regarding selfies. The unbalance here is comical, and it is above all tempting to read into this a sign typical of the manner in which the Cannes festival considers its own importance, as well as its relationship with the latest developments in cinema in particular, and images in general. 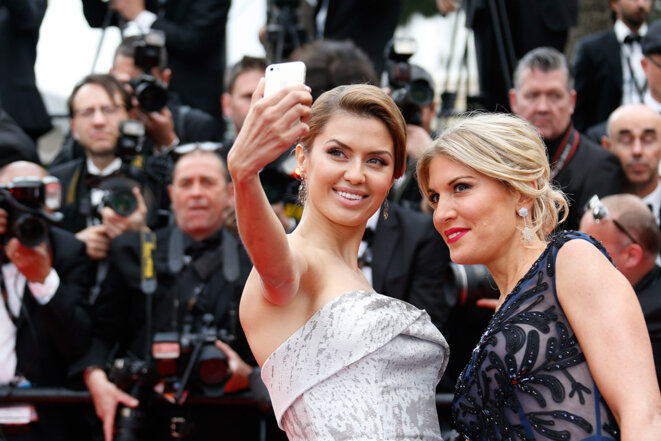 Everyone has of course the freedom to consider selfies as a phenomenon that is “ugly”, the adjective aimed as much at the gesture, considered to be unpleasant, as the pictures obtained, their quality supposedly unworthy. But one would be hard put to deny that selfies are among those practices that are the most representative of the mutations that today affect images. Without going so far as to wish that films made with a selfie stick are selected at the festival, would it be placing the bar too high (or too low) to suggest that a festival like that in Cannes should be among the first in line to be concerned by such mutations?

Furthermore, there is not in fact here an outright ban on selfies, but a decision to limit the right to take them, which is reserved for the “artists”. The aberration of this is so flagrant that I cannot tell whether it is above all a joke, a slip of the mind, or a piece of nonsense. Before the question of whether they are attractive or ugly, selfies constitute simply the crudest – but not the least interesting – manifestation of the process of ‘amatarisation’ of image-making that has been seen since the beginning of the new millennium. Which makes banning the practice by amateurs and confiding it to professionals a rather sinister muddling of lines (at best, and in the interest of remaining polite).

Some may consider me to be excessive. It could be said that because each festival is a ceremony (or what the late French film critic André Bazin called an “order”), a good dose of ingeniousness is required to mix what is played out on the steps of the Palais des festivals and what is shown within. Some might say that the festival organisers’ dread of selfies has hardly prevented the selection of films that reflect the latest advances of digital techniques – from personal diaries, the hybrid mix of fiction and documentary, to miniscule works or, on the contrary, others that are monumental, made in the solitude of a room or in the middle of the still-smoking ruins of an empire.

It might be added that, far from ignoring the major changes happening on the sidelines of cinema, the festival last year screened several episodes of Twin Peaks and of Top of the Lake. It will be noted that this year it will show the eight hours that Wang Bing dedicates, with his film Dead Souls, to the survivors of the “anti-rightist” crackdown in China 60 years ago. Perhaps it would even be reminded that Frémaux and Lescure are the masters of their own place – which, after all, is an argument.

In short, if it can be recognised that the episode of selfie-taking that marked the April press conference was curious, and even significant, it can be said that in itself it would struggle to fulfil the aim of this article, which is to present the reasons why Mediapart, for the third year running, will not be travelling to Cannes this week. So here follows the detailed reasoning of our position.