Is this French presidential election's unpredictability really so unusual?

The chatter about the French presidential election focuses on the likely high abstention rate, the record number of undecided voters, a possible last-minute surge by the Right and whether one can trust the polls. In particular, just under three weeks from the first round of voting, the talk is of how unpredictable and hard to forecast this 2017 election is. But, Hubert Huertas, argues it is no more unpredictable than usual. It is just that when it comes to the mood of voters, the rules have changed.

It is the fashionable point of view on the subject of the 2017 presidential election and you hear it everywhere: “We've never seen such uncertainty!” This message is doing the rounds on social media, in particular among supporters of those candidates who are struggling, and above all the conservative François Fillon. The observation that everything is in a state of flux allows them to keep hope and give their campaigns a fresh start.

But it so happens this analysis is false. We have always gone through this anxious wait three weeks before a decisive election. In 2012, despite the opinion polls, no one could predict if it was going to be socialist François Hollande or the outgoing president Nicolas Sarkozy who would come top in the first of the election's two rounds of voting. In 2007 no one was able to predict that a collapse in the vote for far-right Jean-Marie Le Pen's vote would put Sarkozy out of reach of his socialist rival Ségolène Royal. Suspense peaked in 2002 over the rivalry between Jacques Chirac and socialist Lionel Jospin; the surprise outcome was that Jean-Marie Le Pen made it to the second round instead of Jospin. And in 1995 Chirac overcame a large lead in the polls on the part of his rival on the Right, Édouard Balladur, to make it through to the second round where he defeated Jospin. 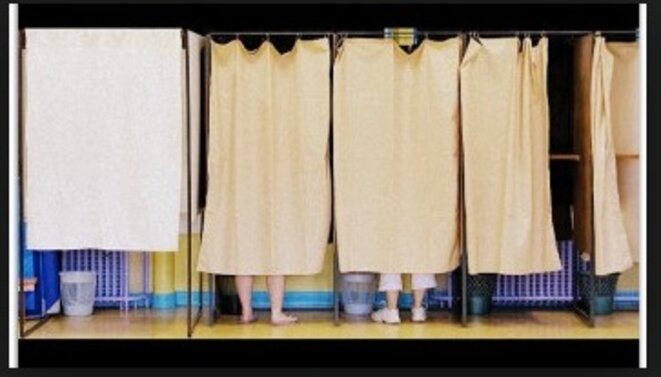 Will voters change their mind once in the voting booth?

Opinion polls being opinion polls and elections being elections, there's always complete uncertainty when one approaches a vote and often a surprise when it comes to opening the ballot boxes. From this point of view the 2017 election is no exception. It has simply conformed to the rule, the rule of democracy. One is never certain of the result, that's indeed why we have elections...

However, there have been some extraordinary events since November 2016, in other words since the Right's primary election to choose their candidate. There is a trend, too, with the primaries leading to results that have torn down all our familiar reference points and stunned those parties who have, until now, been the dominant forces of French politics. It is this mayhem that has made these parties claim that we are all stuck in an impenetrable fog. Normally in an election one has to wait to see who between the mainstream Right and the mainstream Left (the Socialist Party ) candidates will emerge as the victor, just as socialist François Mitterrand did in 1981. The radical difference in 2017 is that this time it could well be neither of them.

The main strands of this extraordinary campaign are indeed becoming clear, not to say blindingly obvious. In fact they are so obvious that they add to the anguish of Fillon's camp and the disarray of Socialist Party candidate Benoît Hamon's campaign.

For since November, and as has been said many times since the radical left candidate Jean-Luc Mélenchon first imported the concept of 'degagisme' from Greece – the idea that voters are taking to booting established figures and parties off the political battlefield – we have been watching the fall of politicians who had seem destined to be with us until the end of time. Sarkozy was hammered in the Right's primary, and Hollande so marginalised he did not even take part in the Socialist Party's selection process. Meanwhile the man who had to step in as Hollande's anointed successor, former prime minister Manuel Valls, was unceremoniously knocked out.

Something else happened, too, an identical phenomenon in the primary elections of both the Right and the PS. Not only did voters sweep away senior figures, they also adopted new favourites. But whom? A powerful potential rival? An Alain Juppé – a former prime minister – on the Right? Or an Arnaud Montebourg, the firebrand former economy minister, on the Left? No, the new favourites were outsiders, figures who had been given no chance of victory. A lesser candidate whom the voters used to squash the certainties of the major candidates. For the eventual winner of the Right's primary, François Fillon, was at one point below 10% in the polls. And the PS primary's victor, Benoît Hamon, was virtually an unknown. It was the same scenario in each case. A television programme, a debate, the polls starting to notice a shift in favour of the outsider, and then in the end an election in which they receive a large share of the vote.

Can this kind of scenario be transposed to the presidential election itself? We shall see. But it should be pointed out that the same thing is happening to Jean-Luc Mélenchon as happened with Fillon and Hamon: a form of passionate discovery by the electorate followed by a sudden rise in all the polls. If the trend of the primaries continues on into the presidential election there is no telling where Mélenchon's candidacy might lead.

All the signs are that the voters are motivated by a fixed idea: to remove the favourites. They do it by attaching themselves to the challenger for whom the official prospects are not good but who knows how to make himself heard.

If that is the case, then the Right is correct in preparing itself for the worst. Fillon can always harbour illusions by recalling his breakthrough in the Right's primary, but he occupies a different status now. Back then he was playing second fiddle which helped propel him forward. But his victory gave him top billing, placed him on the top rung. He became the runaway favourite for the presidential election, almost a shoe-in for the Elysée. The mixing up of his private business affairs and public money in the so-called 'fake jobs' scandal simply accelerated the process of “clearing out” or “dégagisme” that began at the end of November after he had won the primary.

For Fillon to change things around he needs France to be gripped by a mood which is the exact opposite of what has existed since the autumn of 2016. In other words he requires a shift back towards the hitherto rejected traditional political forces, with people taking fright of the unknown once they reach the secrecy of the voting booth. At such a point Fillon the repellent becomes Fillon the reassuring, even if one has to hold one's nose. That at any rate is the argument that this candidate, at the helm of his Titanic, is trying to plant in people's minds, by repeating to all and sundry that he is the only candidate who would be able to have an unsinkable majority in the National Assembly after the summer's Parliamentary elections.

With François Fillon continuing to face his travails and the trends looking promising for Jean-LucMélenchin, where do the current poll frontrunners Marine Le Pen and the centrist independent candidate Emmanuel Macron stand?

Marine Le Pen has a major asset as well as a handicap. The asset is that her party has become the tool of reference for clobbering those in power. The handicap is that she herself is an established figure. She is seen as just about unbeatable in the first round and her electoral base is stable, but for several weeks she has set up camp in her own political territory without broadening it, perhaps even seeing it reduce a little in size. There is no objective reason why the Le Pen Enterprise, established some 30 years ago, should not succumb to the current public appetite for clearing out old familiar faces, at least to a limited extent.

As for Emmanuel Macron, he is a political UFO which is both his appeal and his weakness. He had the skill to remove himself from the current government - in August 2016 – which gave him the appeal of a rule breaker, he appeals to the right wing of the Socialist Party and reassures the left wing of the Right. His composite nature is his main strength but also his chief weakness. By having to take in orphans from the strife-torn Socialist Party and children from a Right that is on the slide, he will end up being the home for those who have “cleared off”.

Macron is often compared to a bubble ready to burst, and we have made that observation here too. But it has to be admitted that, with fewer than three weeks to go before the first round of the election on April 23rd, this has not occurred. The former economy minister has not exploded in mid flight and there is nothing to suggest that he will do so in the coming days. Despite his known pedigree as banker, civil servant and minister, Macron is the election's mystery candidate, the determining factor perhaps in an election that has been merciless with established figures.

The general conclusion is that unless there is a reversal in the current trend, which would provide a final twist to the drama, the first round has every chance of being a contest between three candidates: Marine Le Pen, Emmanuel Macron and Jean-Luc Mélenchon.