European Union commissioners spent nearly 500,000 euros on travel expenses in just two months in 2016, including 75,000 euros on a trip to Azerbaijan and Armenia by the EU’s foreign affairs head Federica Mogherini and 27,000 euros on a round trip to Rome by Commission president Jean-Claude Juncker. The partial details on commissioners’ spending were released only after a lengthy campaign by a Spanish rights organization which is demanding that their expenses be systematically posted online, which the Commission is refusing to do. Mediapart’s Brussels correspondent Ludovic Lamant reports.

Over the first two months of 2016, European Union (EU) commissioners racked up travel expenses of almost 500,000 euros according to documents released by the European Commission (EC) under pressure from a Spanish rights organization.

Among the notable individual expenses was a round trip from Brussels to Baku, in Azerbaijan and the Armenian capital Erevan by EC vice-president and foreign affairs representative Federica Mogherini which cost 75,000 euros. Meanwhile, a two-day trip to Rome by EC president Jean-Claude Juncker cost 27,000 euros.

Madrid-based NGO Access Info, which is dedicated to defending the public right to information in Europe, requested details of the travel costs of the EU’s 28 commissioners for the whole of 2016 at the beginning of this year, but six months after that request was lodged the EC decided to release only details of the spending for January and February 2016, which it self-proclaimed was a “fair” compromise. 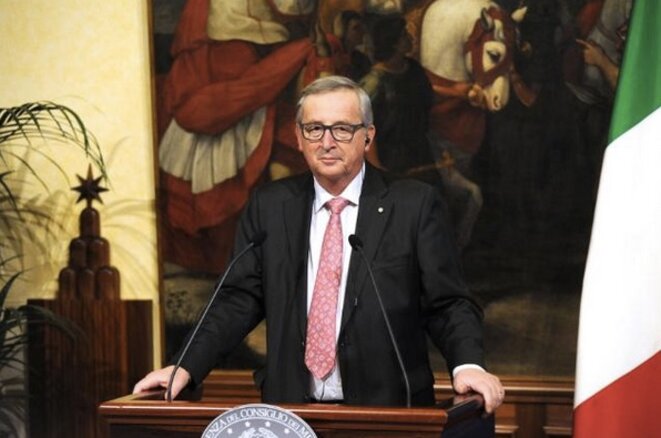 The information was released at the end of July, but the details were first reported this week by Belgian news magazine Knack.

During January and February, the commissioners completed 261 official trips involving travel expenses which averaged, according to Knack, a relatively modest 1,886 euros per commissioner. The sums include both transport and accommodation.

Questioned by Mediapart and other press organizations, the Commission said the highest sums incurred, such as those of Juncker and Mogherini, were mainly for the use of private charter jets, which the EC described as “air taxis”. Their use is authorized under the official code of conduct for commissioners either out of security concerns or when the use of regular airlines is not practical for meeting the time constraints of their travel agenda.

The commission said that in the case of Mogherini’s trip to Azerbaijan and Armenia, she travelled with a delegation of six people and could not have completed the two-day trip via regular airlines. It added that Juncker’s trip to Rome was with a delegation of nine people, costing just less than 3,000 euros per person. That however, is still significantly more than if they had they had travelled by a normal commercial flight.

The details of the expenses from the February 2016 trip to Rome by EC president Jean-Claude Juncker and his delegation.

But beyond the considerable sums involved, it is the Commission’s reluctance to communicate spending by its members that has been highlighted by the affair. In its campaign to obtain the information on commissioners’ expenses, Access Info underlined that the EU’s Charter of Fundamental Rights includes citizens’ rights to information, including what is spent by commissioners, and notably travel expenses, paid for out of public funds provided by EU member countries.

In the several exchanges of correspondence between the Spanish NGO and the Commission during the first half of this year, the Commission made known that while it accepted to supply details of expenses relating to particular periods, it was unable to establish systematic reporting of spending by commissioners, arguing that this would represent a prohibitive workload.  In a letter to Access Info’s executive director Helen Darbishire, dated July 24th, the Commission argued that “the costs of processing the data to make them available on the Europa website would be disproportionate”. That argument is a questionable one given that the Commission is required to produce documents accounting for commissioners’ spending to budget control panels, and notably the Budget Control Committee of the European Parliament.