François Hollande, his partner’s film, and the French fighter jet sale to India

The sale to India by France of 36 Dassault Rafale jet fighters, signed during the presidency of François Hollande, is at the centre of a growing scandal in India where opposition parliamentarians have demanded a detailed investigation of the deal, alleging favouritism, mismanagement of public funds, and the endangering of national security. They are notably suspicious of the circumstances by which India’s Reliance Group was assigned as Dassault’s industrial partner in the jets deal. As Karl Laske and Antton Rouget report here, at the very time the deal was struck, Reliance provided funding for a film produced by Hollande’s personal partner, the actress Julie Gayet.

“One day, the Indians came and the film could be made,” recalled one of the production team of the film Tout là-haut, co-produced in 2016 by the actress Julie Gayet, the partner of then French president François Hollande. Tout là-haut (English title, 'To the top'), tells the story of French snowboarder Marco Siffredi, played in the film by Kev Adams, who died while descending the slopes of Mount Everest. The film’s budget was 10 million euros, and the Indian funding – initially to be 3 million euros but later reduced to 1.6 million euros – was a lifeline.

The generous Indian sponsor was Anil Ambani, chairman of the Reliance Group, a corporation with multiple activities, including telecommunications, construction, media and defence. Reliance Group was also the industrial partner of French aircraft manufacturer Dassault in its deal to supply India’s air force with 36 of its Rafale fighter jets, which was completed at about the same moment as Gayet’s film received its much-needed investment. 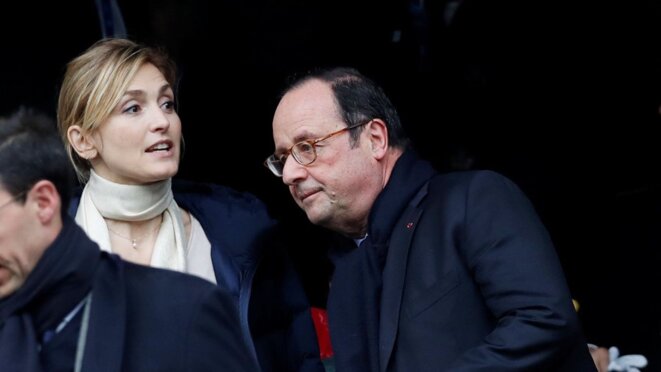 The Rafale sale has since become steeped in controversy in India, with allegations of corruption surrounding both the cost of the aircraft and also the role of the Reliance Group. On Thursday this week, members of the opposition Congress party met with the national Indian audit office, the Comptroller and Auditor General of India (CAG), to demand an investigation into the deal, alleging favouritism, mismanagement of public funds, the endangering of national security and the contravention by Dassault of market regulations.

At the heart of the Congress party’s “memorandum” deposed with the CAG is the “offset” agreement signed between Dassault and Anil Ambani by which Dassault would reinvest 50% of the total sale price of the Rafales in local production activity in India.

Contacted by Mediapart, Dassault said it would offer “no comment” on the controversy.

The Congress party also accuses Indian Prime Minister Narendra Modi of favouritism by allegedly ensuring that the offset agreement would benefit Ambani’s Reliance Group. The party said its defence arm, Reliance Defence Limited, had no experience in building fighter aircraft and was created just 12 days before the announcement by Modi, on March 28th 2015 during a visit to Paris, that the deal for the Rafales had been struck.

On August 31st this year, The Indian Express reported the funding of Julie Gayet’s film by Reliance Entertainment, an arm of Ambani’s group, in early 2016. “If I find out that I got money so that the other [François Hollande] sells the Rafale, it would be funny,” said Serge Hazanavicius, director of Tout là-haut, who added that he had not seen the funding contracts. “The Indians came into the production late on,” he said. “I needed to be in the foothills of the Himalayas and I managed to.”

At the time, the involvement of an Indian company with cinema logistical experience came as no surprise, assisting with the shooting in mountainous terrain. On January 24th 2016, Anil Ambani released a statement announcing his group had agreed a French-Indian partnership with producers Julie Gayet, founder of production company Rouge International, and Elisa Soussan of the firm My Family which manages Kev Adams. The announcement was made on the same day that then French president François Hollande, Gayet’s personal partner, arrived in New Delhi on a three-day visit to India.

The provisional title for the film was “Number One”.

Contacted by Mediapart, François Hollande said he was “not at all informed” about the film production deal with Ambani’s group, and he added that he knew “nothing” about the Reliance Group. Hollande’s visit to India in January 2016 centred around the sale of the Rafale jets in what would be an important third contract after sales deals with Egypt and Qatar. On January 25th 2016, the day after Hollande arrived in New Delhi, Prime Minister Narendra Modi announced an “inter-governmental agreement” had been reached for the purchase of the aircraft.

“I intervened in this affair with the two prime ministers, to say that I was keen for this negotiation,” Hollande told Mediapart referring to the Rafale sale and Modi and his predecessor. “Initially, the deal was supposed to be for 126 planes, then when the government changed the Indians reformulated their proposition, less attractive for us because it was for 36 aircraft only. But the manufacturing was planned to be in France, contrary to the preceding proposition, so we lost on the one hand and gained on the other.” 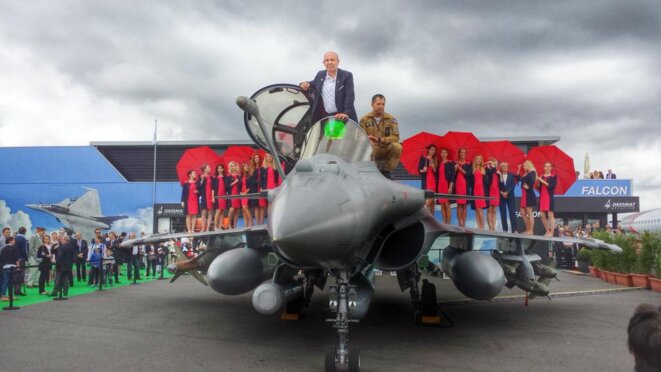 Éric Trappier, CEO of Dassault Aviation, at the Le Bourget airshow near Paris in 2015. © Dassault

But the new deal also included the offset agreement between Dassault and the Reliance Group, now the subject of controversy. “We didn’t have any say in this matter,” Hollande told Mediapart. “It is the Indian government which had proposed this service group, and Dassault who negotiated with Ambani. We didn’t have the choice, we took the interlocutor who was given to us. That’s why, also, this group had no reason to give me any grace [favour] of any sort. I could not even imagine that there was any link with a film of Julie Gayet's.”

Hollande said the funding of Gayet’s film by Ambani’s group was “a negotiation that was carried out with Kev Adams”.

Questioned by Mediapart, Julie Gayet replied by email: “My Family asked Reliance, via one of its partners, Visvires, to take part in the financing of the film. It is therefore only upon the initiative of My Family that Reliance invested in the film, to the extent of 10% of the budget [editor’s note: in reality this was 16%], in similar conditions to those of other partners in the film. Concerning Anil Ambani, again it was the producer of My Family who presented us while the film was already shot in France.”