One of the recurring complaints of consumers living in France's overseas regions is how high the cost of living is compared with Metropolitan France. At the heart of this criticism is the 'octroi de mer' or dock dues, a tax paid on the import of goods to these territories. This tax has been in place since 1670 and the start of the French colonial system. And the European Union has just agreed to continue it to at least 2027. Julien Sartre reports on the history and impact of a tax that is a throwback to colonial days and which still leaves a burden on often poor French consumers living in overseas départements.

Far, far away from the postcard views and the marketing shots, rivers of metal flow each day along the shores of Martinique, Guadeloupe, Mayotte and La Réunion, gleaming in the sun. Every morning, evening, weekend and week tens of thousands of cars – many of them containing just the driver – make their way along the only roads that go around these French islands, and which link the commercial zones with the residential areas, the beaches with the most populated areas, and the remote spots to the centre. Traffic jams are the norm here and locals factor them into their lives; they are constant, unavoidable – and unbearable.

To meet Maryse Coppet, a lawyer on the French Caribbean département or county of Guadeloupe who specialises in European and commercial law, you have to go to the Baie-Mahault artisan and business zone next to the island's capital Pointe-à-Pitre. Wherever you go on 'Butterfly Island' - as Guadeloupe is nicknamed – getting there by public transport is not just a challenge but can sometimes become a major feat. None of the railways link the heavily-populated areas to the business sectors on this island of 400,000 inhabitants. As a general rule, those who cannot afford their own means of transport here find life particularly challenging.

Once Mediapart has succeeded in navigating the enormous interchanges and various four-lane routes that cross the ruins of a mangrove landscape, and finally meets the lawyer, she begins to describe the situation on her island in the French Antilles. “The day that there's public transport, fuel imports will go down; yet 40% of the local authorities' income comes from the importation of fuel; that's the real issue,” she says. “It's the link between the decision to have an all-car infrastructure and the funding of the public authorities. I don't just see this link, every day I have to endure what they call the 'problem of mobility' caused by the dock dues and its related tax, the special tax on fuel,” says Maryse Coppet, who also has an office in Brussels. 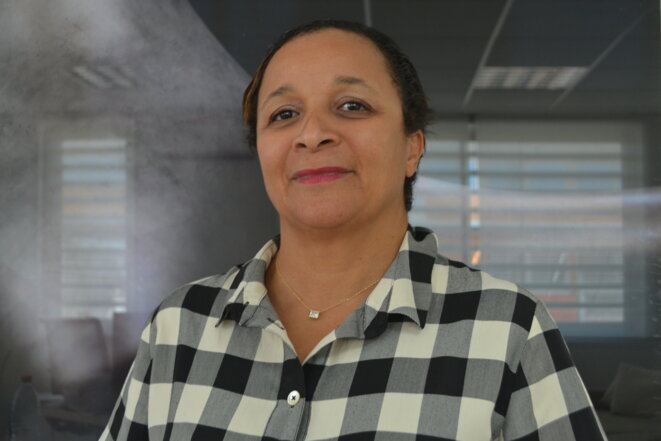 Lawyer Maryse Coppet campaigns against the modern consequences of the colonial economy in Pointe-à-Pitre, Guadeloupe, and Brussels. © JS

Everyone in France's overseas départements – DOMs – is familiar with the dock dues or 'octroi de mer' (literally 'sea duty'), even if people do not always know the full fiscal and administrative ramifications of the tax and what it covers. Unknown elsewhere in France, this is a tax specific to the DOMs which was introduced in 1670 under the administration of Louis XIV's minister Jean-Baptiste Colbert, who was also responsible for drafting the Black Code which set out the conditions for slavery in France's colonial empire. This protectionist tax has been in place ever since on imports to French overseas regions. The justification then and now has always been that it “protects local production”.

The effects of the dock dues, which have been apparent for as long as they have been in operation, are grotesque. They formed the basis of the old colonial economy otherwise known as the trading post economy, a reference to the far-flung trading posts of the French East India Company, the best-known and oldest of the old French trading firms whose wealth was based on triangular trade between Europe and its 'bridgeheads', the overseas territories.

The problem is that, unlike those old companies, the dock dues have not been consigned to history or relegated to economics tomes gathering dust in specialist bookshops. Instead they are very much still in operation. In fact, a complete and fully-documented study on the current dock dues system was published as recently as March 2020 by economists Anne-Marie Geourjon and Bertrand Laporte. The study, commissioned by the French universities think-tank the Foundation for studies and Research on International Development (FERDI) and entitled 'Impact économique de l’octroi de mer dans les départements d'Outre-mer français' ('The economic impact of dock dues on French overseas départements'), reaches some inescapable conclusions.

“Even the rationale of the system is debatable today,” write the academics. “The effect of this tax is to raise the general level of consumer prices. If the dock dues were abolished the reduction in prices in the four [overseas départements] would be significant, between 4.6% and 9%. The impact would be greater still for the poorest populations who devote a higher proportion of their income to expenditure on food.”

Excessive profits and the risk of corruption

This artificial inflation of prices has a disproportionate effect in the overseas départements where, depending on the particular territory, between 42% and 77% of the population live below the poverty line. So given that this impact is known, why does the situation continue? “You have to pose the question in terms of decolonisation: what do they want for our country?” asks Élie Domota, secretary general of the Union Générale des Travailleurs de Guadeloupe (UGTG) trade union. He played a key role in the strikes held on the island in 2009 against the cost of living, difficult living conditions and the exorbitant profits extorted by a minority of importers.

Domota, who still heads the group Liyannaj Kont Pwofitasyon (LKP) which helped coordinate those social movements – its name in the local Creole language means 'Stand up against exploitation' – has his own explanation. “Whether you like it or not, Guadeloupe is a colony and like all colonies it's subject to cultural, economic and social diktats,” he says. “In 2009 they spoke about lowering the dock dues in order to reduce prices. But we've realised that the importers haven't lowered their prices and have increased their margins.”

It is the merciless logic of the dock dues. As they represent the biggest slice of the funding that local authorities in the DOMs receive, the leaders cannot do without them. They are then themselves left to set the rate of tax on products from which they want to derive the maximum profit.

“Dock dues are an unstable and unpredictable system,” write academics Anne-Marie Geourjon and Bertrand Laporte. “The rates can be changed by the regional councils of Guadeloupe and La Réunion [editor's note, in the Indian Ocean], the assemblies on Martinique and French Guiana or the département council of La Mayotte several times a year, at whatever rate they want. For example, in 2017 they revised it three times: in March, June and December. … This model, which was adopted in particular in sub-Saharan Africa after independence, was re-evaluated in the 1980s because of the lack of results (a continuing and growing need for the protection of 'budding' industries) and the perverse effects seen with this policy: the extent of the distortions it generates; the lack of results in terms of productivity gains; the development of excessive profits and the risk of corruption.” 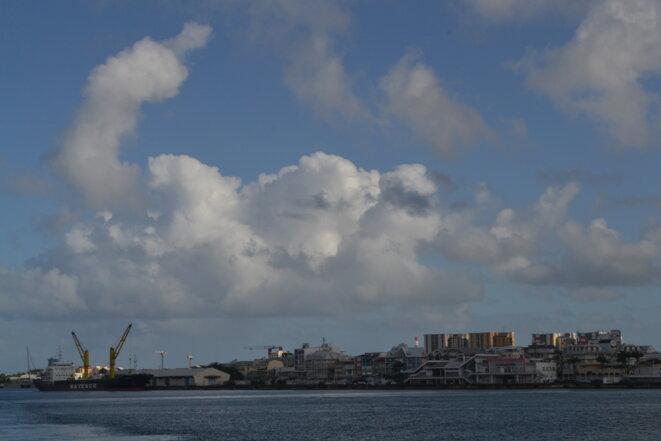 It is when goods enter the ports of French overseas départements - here, Fort-de-France in Martinique - that they are subject to the 'octroi de mer' or dock dues. © JS

The perverse effects of the dock dues and the related tax on imported fuel, the Taxe Spéciale sur les Carburants (TSC), are huge. They form the basis of the “alienation” of the elites from the ordinary people, to employ an expression used by the early 20th century psychiatrist and political philosopher from Martinique Frantz Fanon. For example, Alfred Marie-Jeanne, the former head of the local authority in Martinique and leader of the Martinican Independence Movement, told Mediapart as he campaigned unsuccessfully for re-election in February 2021 that the fact that the European Union had agreed to allow the protectionist tax to continue was a victory for his side. “It's we who decide on the dock dues! We need it and we don't have the resources to do without it,” he insisted. “We've just won a major victory!”

Indeed, the official announcement by the European Union on June 29th 2021 after approval by the European Parliament that the dock dues can continue until 2027 – as the tax breaches the usual rule of not having fiscal barriers within the trade zone France is granted special dispensation to “take account of the particular characteristics and constraints of these regions” – was met with joy among regional authorities in the DOMs. Exultant press releases were issued in both the Indian Ocean and Caribbean départements. However, this “major victory” was far from being a given, as for the past decade the European Commission has shown a keenness to end this vestige of colonial administration.

The negotiations in Brussels over continuing the dock dues were carried out – in the name of the overseas local authorities and with the unflagging support of France – by powerful business lobby groups. These key organisations in the economic landscape of the French overseas départements are today run by the descendants of the great slave owners who helped create the colonial economy. That was in around 1670; the year the dock dues were introduced.